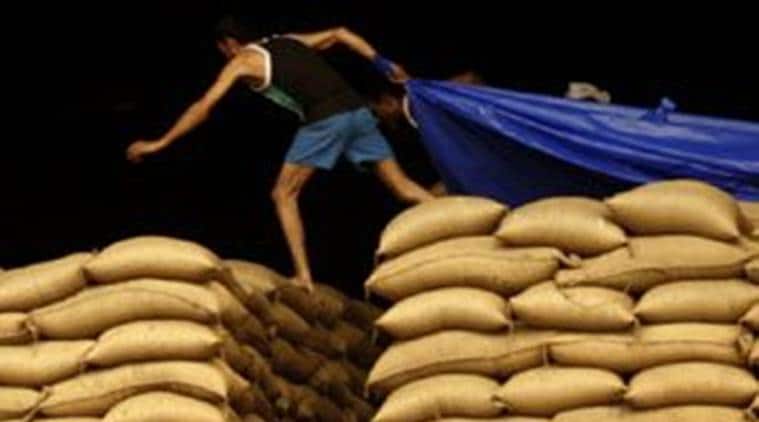 Punjab’s economy is dependent on the Centre’s procurement of foodgrains worth around Rs 70,000 crore annually. (Representational Image)

THE PUNJAB government has rejected the Centre’s proposal to consider restricting supply of foodgrains to the central pool for Public Distribution System (PDS) and buffer stocks on grounds that it has recorded a surplus in buffer stocks — more than double the capacity of 307.70 lakh metric tonnes (LMT).

Stating that grainaries are overflowing and buffer stocks of foodgrains and pulses are touching 642.32 LMT, the Centre had recently written to Punjab, offering various solutions for it to contribute lesser towards the central pool.

The state government has rejected this proposal, stating that tinkering with the procurement process currently could lead to law and order situation. Anindita Mitra, director, food and civil supplies, said, “The Centre’s solutions to the problem were not acceptable to the state. We have written to Chief Minister Amarinder Singh, with our objections to the Centre’s proposal. The CM will take up the issue with the Prime Minister’s Office,” she said.

The state had, during the recently commenced paddy procurement season, produced 105 LMT rice for the central pool. Not a single grain of rice is used for Punjab’s Decentralised Procurement Scheme (foodgrains procured and distributed by the state government itself). Only 8.7 per cent of wheat produced is procured for DCP.

Sources in the state government said the Centre obviously wants to shake its hands off the paddy and wheat produced by Punjab, a state that ushered the country into the era of Green Revolution by filling up the granaries. Punjab’s economy is dependent on the Centre’s procurement of foodgrains worth around Rs 70,000 crore annually. Moreover, Punjab’s farmers produce wheat and paddy, two crops with assured income as the Centre provide MSP on both crops.

Objecting to Centre’s proposal, the state government has said that Punjab — being an agriculture economy, and farmers producing wheat and paddy primarily for the central pool, and about 70 per cent of the population depending on agriculture — has been contributing the maximum towards the nation’s food security. Punjab is the biggest contributor towards rice and wheat at 40 per cent and 50 per cent respectively. Procurement process is effectively spread over a window of 45 days for wheat and 60 days for paddy. During this short window, going for procurement either selectively or curtailing its volume may create a serious law and order situation, the state food department’s communication says.

The department has also said that the state was already diversifying and farmers were switching over to other crops including maize, cotton, sugarcane, bajra and basmati.