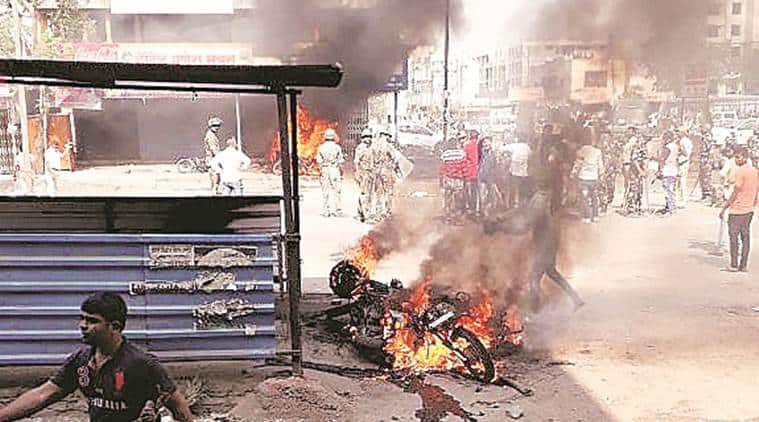 Ram Kailas Kamble, a Dalit hotelier from Koregaon Bhima, deposed before the Koregaon Bhima Commission of Inquiry on Thursday. In his affidavit, he alleged that on December 31, 2017, Ganesh Phadtare, former deputy sarpanch of Koregaon Bhima, and others had threatened him, saying a “bandh” has been called by gram panchayat on January 1, 2018.

The affidavit further alleged that Phadtare and others had attacked his mother, leaving her injured, at the place where he had made arrangements for the 200th commemoration of the Battle of Bhima Koregaon on January 1, 2018.

Kamble said on January 2, 2018, their residence and shop were damaged by a mob of about 2,000 persons, causing damage of about Rs 5 lakh.

Phadtare’s cross-examination concluded this week. He had played a key role in preparing the letter about the Koregaon Bhima village ‘bandh’ on January 1, 2018.

While deposing before the commission, Phadtare refuted the allegations. Phadtare claimed that the village bandh letter was prepared and also submitted to Shikrapur police station for preventing any law and order situation in the wake of a quarrel on December 29, 2017 in Vadhu Budruk village over a disputed board.

The Koregaon Bhima Commission of Inquiry, headed by retired justice J N Patel, is probing into the violence in Koregaon Bhima area on January 1, 2018, in which one person had died and several others were left injured.

The Koregaon Bhima Commission of Inquiry Thursday issued summons to activist Sudhir Dhawale and lawyer Surendra Gadling, both accused in the Elgaar Parishad case registered with the Pune City Police, for their alleged links with the banned CPI-Maoist. Both Dhawale and Gadling are currently lodged in Yerawada Central Prison. Advocate Ashish Satpute, laywer for the commission, said the summons have been issued to Gadling to remain present on September 6 and Dhawale on September 7. The two are among the 23 persons booked by the Pune City Police in connection with the Elgaar Parishad case. Dhawale was among the key organisers of the Elgaar Parished, which was held at Shaniwar Wada in Pune on December 31, 2017, ahead of the 200th commemoration of the Battle of Bhima Koregaon.