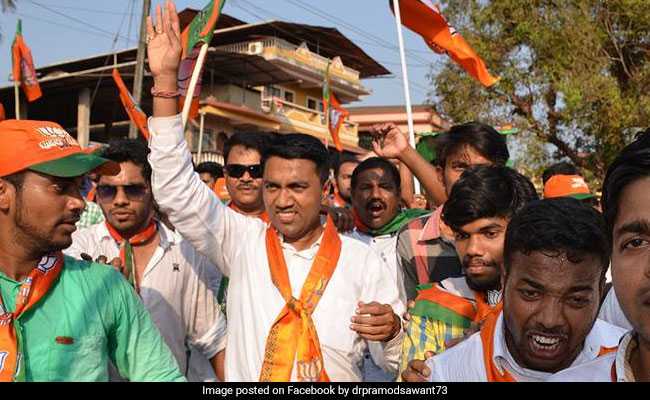 The BJP's Pramod Sawant is likely to be the new chief minister of Goa with an unprecedented two deputies - one from each alliance partner - signaling a resolution after tough negotiations carried out alongside national mourning for Manohar Parrikar, who died on Sunday. The BJP persuaded its partners to accept Pramod Sawant, the Goa Speaker, after much persuasion that started soon after the chief minister's death. Allies Maharashtrawadi Gomantak Party (MGP) and Goa Forward Party (GFP) relented after snagging two Deputy Chief Minister posts in the tiny state which has a cabinet of 12.

For now, the BJP has once again stymied the opposition Congress's move to seize power. The party had said, in its second letter to the governor in two days, that it deserves a chance to form government.