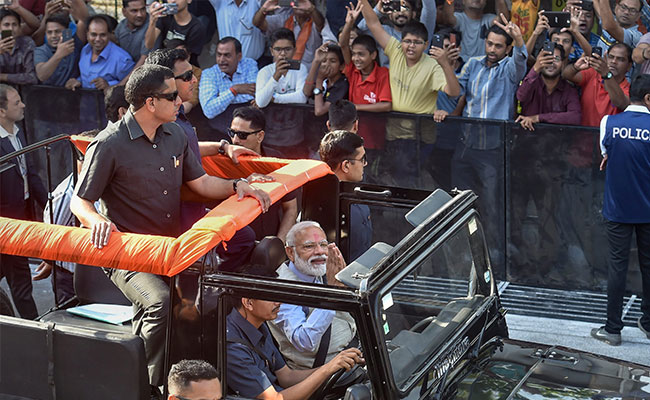 Prime Minister Narendra Modi's mini roadshow in Gujarat's Ahmedabad -- where he had gone to vote today -- is being examined, the Election Commission has said. Ahead of casting his vote, the Prime Minister rode an open jeep, walked down the road and even gave a short address.

Following protests from the opposition leaders, the Commission said this evening that it has sought a report on the matter from the Chief Election Officer of Gujarat.

"The weapon of terrorism is IED, the strength of democracy is a voter ID. I can say with certainty that the voter ID is much, much more powerful than an IED, so we should understand the strength of our voter IDs," PM Modi said on his "IED vs voter ID" theme that appeared to be a reminder of his government's national security plank.