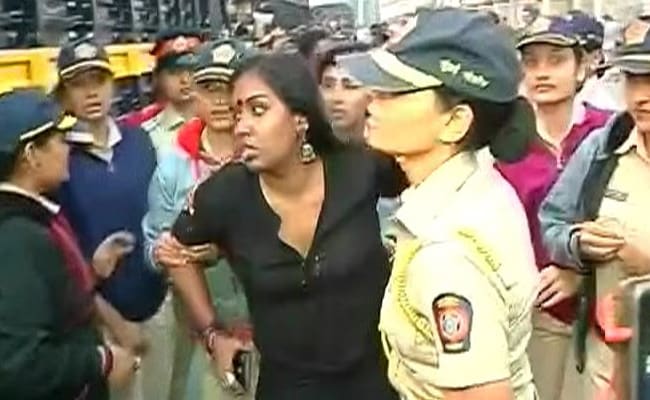 Occupy Gateway: Students in Mumbai have been protesting against the JNU mob attack

Hundreds of protesters who gathered at Mumbai's iconic Gateway of India since Sunday night in anger against the mob attack in Jawaharlal Nehru University (JNU) were forced out by the police this morning and moved to Azad Maidan, 2 km away. Policemen came in large numbers and physically dragged away protesters from the popular tourist site that became the epicenter of the "Occupy Gateway" protest.

A police officer told there are no toilet or water facilities at the Gateway of India and it was becoming a challenge to control the crowd at what is one of the busiest sites in Mumbai.

"We appealed to them two-three times on behalf of the Mumbai Police. We appealed to them from time to time to be peaceful but because of them the roads were being blocked. Mumbaikars are being troubled, aspects of daily life of people are being affected," the officer said, insisting that the police action was above board and humane.

The crowd, mostly students, started gathering at the monument by the sea in south Mumbai on Sunday midnight, hours after a masked mob attacked students and teachers at Delhi's JNU. JNU alumni Umar Khalid and Kunal Kamra also participated in the protest that began with a candlelight march. Later, several film personalities and other celebrities joined in to express their solidarity with JNU. 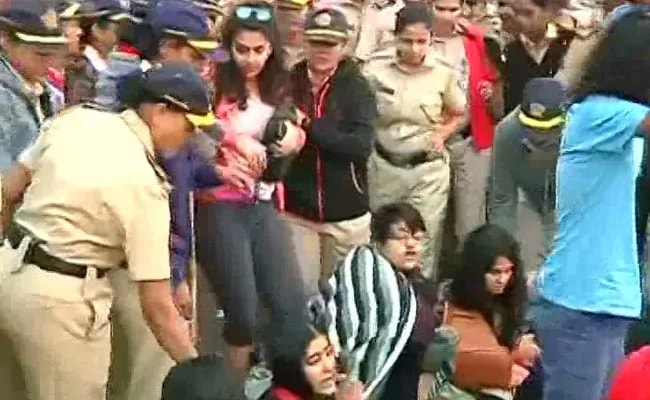 "Occupy Gateway": Protesters have been moved to Azad Mumbai in south Mumbai

In videos shared on social media, protesters were seen raising slogans and singing protest songs as they waved the national flag. Many of the slogans targeted the Akhil Bharatiya Vidyarthi Parishad (ABVP), the BJP-linked students' union accused by JNU students of carrying out the mob attack at the university.

The protest was "spontaneous", said the participants. As the crowd swelled this morning, the students asked people across the city to join them in large numbers.

"We the students of TISS, IIT, University of Mumbai etc have actively and successfully occupied the heart of the city at Gateway until we don't know when! We need more representation across student groups/ collectives/ fronts. Please come and join in large numbers with your banners. We need food, warm clothes, newspapers and a lot of you here," the students said in a statement.