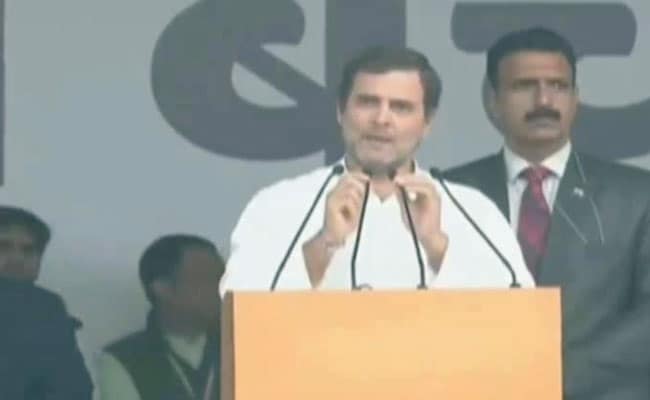 Congress's Rahul Gandhi today accused Prime Minister Narendra Modi of "single-handedly" destroying the economy, pointing to the demonetisation of 2016. The country has never recovered from it, he said at Delhi's Ramlila Maidan, where the party is holding the Bharat Bachao (Save India) rally - its mega protest on a range of issues, including the state of the economy, the amended Citizenship Act, farmers' distress and jobs.

"Narendra Modi ji came and banned 500 and 1000 rupee notes... fooled you all by saying that this was done to remove black money.... But what happened? Till today the economy has not been able to recover from it," Mr Gandhi said, addressing the crowds.

"There was a time when this country was growing at 9%, people spoke of the success story of China and India... called us 'Chindia'... but look at us today. There are people standing with onions in their hands. Onions have reached Rs 200 a kg," he said.