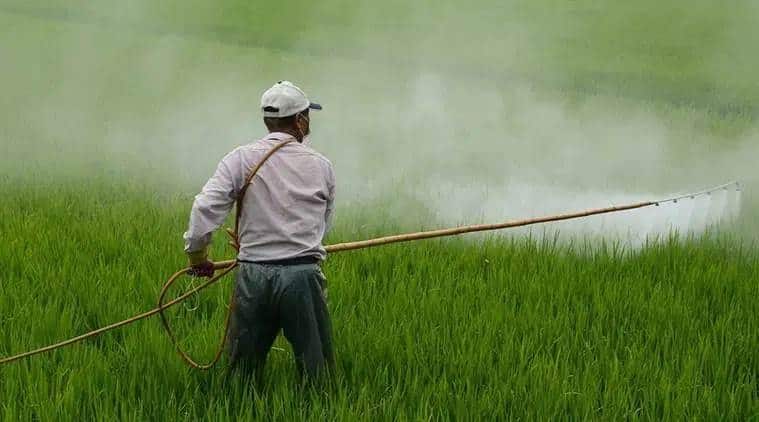 India is the fourth largest manufacturer of agrochemicals. (Representational Photo)

The Pesticide Manufactures and Formulators Association of India (PMFAI) — the apex body of pesticide manufacturers in the country — has registered strong protest against the government’s draft notification banning the use of 27 generic pesticides in the country. Pradip Dave, president of PMFAI, claimed that the move was not based on any scientific reason. Other members of the association alleged that the ban will help multi-national companies (MNCs) push costlier alternatives in the Indian market.

Last month, the department of agriculture and farmers welfare had issued draft notifications, inviting suggestions and objections from the public about the proposed ban. The 27 generic pesticides, which include widely-used formulations like Mancozeb, Chlrophyrphos etc, also from a chunk of India’s pesticide exports to developed nations like USA and Canada.

Dave said the 27 generic pesticides, which are proposed to be banned, comprise 40 per cent of the domestic market in terms of consumption and 50 per cent of exports from the country. “If these chemicals are banned, the entire Rs 12,000 crore market will be handed over to China, which is the main competitor of the country in global markets,” he said.

India is the fourth largest manufacturer of agrochemicals and an important player when it comes to generic pesticides, he said.

Dave and others alleged that the proposed ban was being “pushed by multinational companies and certain environmentalists working at their behest”.

In the official gazette notification, the central government had pulled up the industry for failing to provide adequate data on bio-safety trials. Dave and others, however, refuted the charges.

Dr KN Singh, vice-president of registration, Gharda Chemicals limited, said the government had failed to issue ‘data calling notices’. “More than 90 per cent of the data asked for was supplied by the industry but the committee did not take them into account,” he said.

Any move to ban the chemicals will adversely affect the viability of Indian farming and increase the cost of cultivation for farmers, said experts. New chemicals need at least three years to be proved for their efficacy and their normal life span is around 10 years. “…After 10 years, newer patented products will be introduced again, which will keep the business of MNCs booming,” he said.

The move to ban the pesticides has evoked a strong response from the Ministry of Chemicals, which has opposed the move.