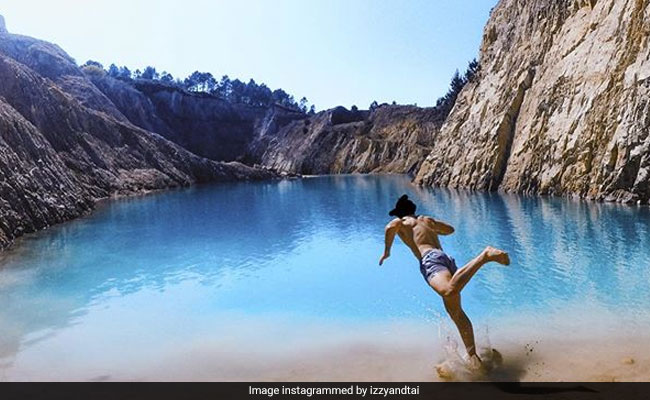 Several people in Spain have reportedly fallen ill after bathing in Monte Neme - an Instagram-famous tourist spot that appears to be an idyllic turquoise lake but is actually a toxic dump.

Euro News reports that Monte Neme is an abandoned quarry which was once connected to a tungsten mine. The exquisite turquoise colour of the water is actually a result of chemical contamination. In fact, the region has even been nicknamed 'Galician Chernobyl'.

The 'lake', which makes for a beautiful background in photographs, is very popular among tourists and Instagram influencers. Social media is full of photographs of people posing in and around it.

However, according to the Independent, two tourists last week were hospitalised after coming in contact with the water of Monte Neme, while several others reported skin irritation.

One Instagrammer told Spanish news outlet Publico that after coming into contact with the water, she began vomiting and developed a rash that lasted a fortnight. Another Instagram influencer explained that they went into water because it was so pretty.

While brief exposure can cause skin irritation, prolonged exposure to the contaminated water or ingesting it could cause stomach problems, vomiting and diarrhoea, Manuel Ferreiro, a doctor at the University Hospital of Coruna, explained.