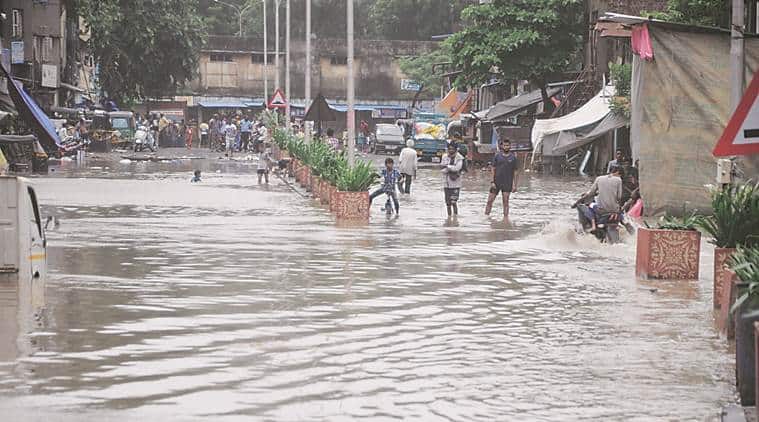 The inflow of rain water into the Ukai dam’s reservoir has reduced significantly from 1.94 lakh cusecs on August 12 to 49,000 cusecs on Wednesday. This brought the water level in the dam to the rule level of 335 feet, 10 feet below the danger level of 345 feet, but authorities continue to discharge 1.44 lakh cusecs of water into the Tapi river, which has resulted in waterlogging in various low-lying areas of Surat city.

As on August 12, the Tapi had been receiving rainwater of 1.94 lakh cusecs from Ukai dam, which reduced to 1.44 lakh cusecs as on August 14. As the river water began flooding the city, the authorities shut the gates of the sewage lines that drain waste water into the Tapi river, to prevent the water from the swollen river from entering into the city. With this, water remained stagnant in the flooded areas in the city, and when normal rainfall resumed, localities such as Mora Bhagal, Kadar Shah Naal and Singhangpur became nearly submerged on Sunday, Monday and Tuesday.

Officials of the Surat Municipal Corporation had to pump the water back into the Tapi river to clear these areas, after which they conducted a cleanup drive and a door-to-door medical drive to manage the consequences of the flooding.

Ukai Dam Executive Engineer R N Patel said, “There was nominal rainfall in the past 24 hours in the upper catchment areas. Only two stations such as Teska and Chikhaldhara received 39 mm rainfall and 11 mm rainfall, while no other gauge stations received rainfall.”

He said that with the forecast of moderate rainfall in the catchment areas, and the present water level in the dam at 335.56 feet they have continued to discharge over 1.44 lakh cusecs water from the dam. “We are keeping in mind that one-and-a-half months of rainy season is still left, and we could fill the dam in the coming days with such inflow of water,” he said “Once the water goes below the rule level in the dam, we will check the rainfall forecast in Madhya Pradesh and Maharashtra and gradually reduce the volume of water being discharged.””