P Chidambaram Arrested From Home By CBI Amid High Drama 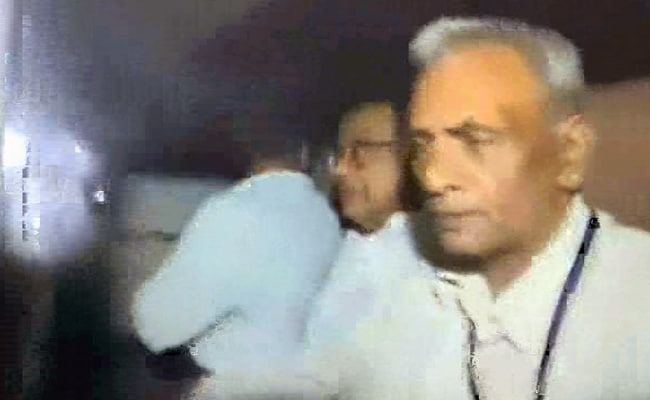 Former Union minister P Chidambaram was arrested by the Central Bureau of Investigation this evening after high drama outside his South Delhi home, complete with slogan-shouting supporters, police and unprecedented visuals of investigators scaling walls and roof to gain access. He has been taken to the CBI office for questioning.

The race started earlier this evening as the senior leader -- sought by investigative agencies for nearly 24 hours in connection with a corruption case -- appeared at the Congress headquarters.

In his short address to the media, Mr Chidambaram pointed out that he has not been named an accused in the case. But he said he has faith in the law "even if it is applied by an unequal hand" by the investigative agencies.

"Respect for the law can mean only one thing -- await (the Supreme Court's) decision on Friday... Until Friday, let's hope the lamp of liberty will shine bright," he said in what was seen as a message to the investigative agencies. Friday is when the Supreme Court will hear his request for anticipatory bail.

"I was aghast that I was accused of hiding from the law... I was pursuing the law," said the 73-year-old, who was not seen in public since the Delhi High court refused to protect him from arrest on Tuesday. "I was working alongside my lawyers whole of last night... and the whole day," he explained.

Amid slogan-shouting supporters and Delhi Police who arrived to keep the peace, the CBI personnel were seen scaling the walls and entering the compound in full view of television cameras. They managed to gain admission only after nearly an hour.