On notice, poet says: All peaceful that day… admin thanked me 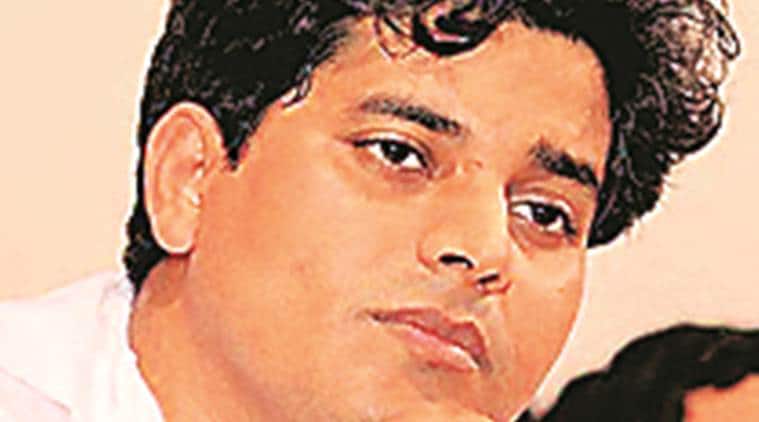 Over the last two months, poet Imran Pratapgarhi has travelled to almost a hundred cities to speak against the CAA and NRC. Crowds ranging from hundreds to thousands, Imran captures the audience by blending social messages with poetry and satire.

Alleging that the UP government is on a “witch hunt” to recover Rs 1.04 crore from him for law and order costs during anti-CAA protests, Imran said that the government is out to muzzle protests in all forms.

In 2016, he was awarded the Yash Bharati Award by the then Samajwadi Party government in UP for his exemplary contribution in the field of poetry. A recitation of his popular nazm ‘Madrasa’ has amassed more than half-a-million views of YouTube and continues to garner a crowd at live performances.

It was around the same time that Imran met Congress leader Rahul Gandhi and decided to enter active politics.

“In all my years of writing poetry, I have always commented on social issues and things that impact us. Soon, I realised that I need to do something about those issues, and that a tangible way (to achieve that) was by entering politics. My ideology resonated with that of the Congress — the party respects my opinions and art,” he said.

Imran contested the 2019 Lok Sabha elections from Moradabad on a Congress ticket and lost to Samajwadi Party’s S T Hasan by a margin of more than 5 lakh votes.

He cancelled it this year. “Given the atmosphere in the country with regard to NRC and CAA, there was no mood to celebrate. This is the time to fight for our rights,” he said.

Regarding the particular protest in Moradabad, Imran maintained that his visit had concluded peacefully and that he wasn’t aware the administration had issued such an order a before it. “I had been in touch with the administration days before the protest. I had been asked to not visit, and I complied. On February 7, I visited and spoke (at the venue) — everything was peaceful. In fact, they (administration) thanked me for it. I only wonder at the level of targeting,” he said.

“The question is about identity now. There is no need to be afraid since the Constitution has given us the right to protest. Our fight is against the government and not the local administration. Do not pick up stones. They have guns but we have the Constitution,” he had said in his address to protesters at Eidgah following the Friday prayers on February 7.

Undeterred by the administration’s decision, Imran is firm with his resolve to travel across the country and make people aware about the dangers of the new citizenship law. “Ab baat ghar bachane ki hai (it is now a matter of saving our house),” he said.