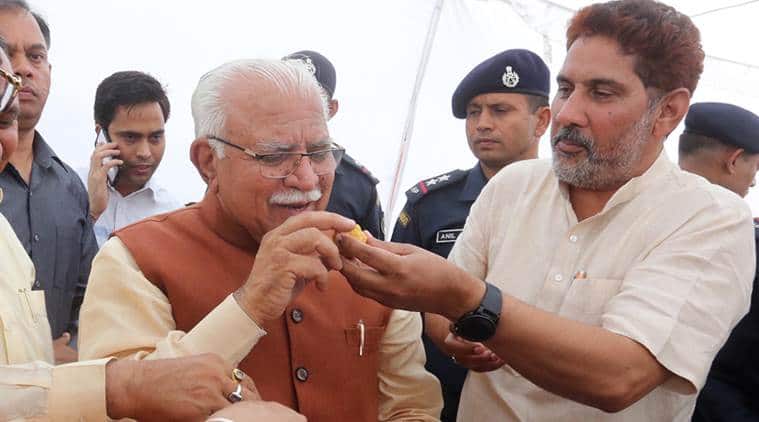 The BJP’s victory in Haryana, where it won all 10 Lok Sabha seats, becomes all the more comprehensive for saffron party as its candidates secured lead in 79 out of the 90 Assembly segments. The Assembly elections are due in October in the state.

Media advisor to the Chief Minister, Rajiv Jain, told The Indian Express that “this momentum will continue in Assembly polls also as normally the party which wins Lok Sabha polls also performs well in subsequent Vidhan Sabha elections in the state”.

In Gurugram, Union Minister Rao Inderjeet Singh, who defeated six-time MLA Captain Ajay Singh Yadav of Congress, maintained lead in six Assembly seats. Yadav secured lead in Nuh, Punhana and Firozpur Jhirka. Rao Inderjeet Singh’s media advisor Naresh Sharma said that in 2014 polls, INLD’s Jakir Hussain had maintained lead in these segments dominated by the Muslim community. “Jakir Hussain was also ahead from these constituencies in 2009 when he had contested as BSP candidate from here,” he added.

Jannayak Janata Party (JJP) candidate and sitting MP Dushyant Chautala could manage lead in only one Assembly segment (Narnaund) in Hisar Lok Sabha constituency. Here, Union Minister Birender Singh’s son Brijendra Singh defeated Dushyant. “Modi wave was so intense in the area that BJP even maintained a lead of about 23,000 votes from Adampur Assembly constituency, which has been held by the family of Bhajan Lal since 1968. This happened despite the fact that Bhajan Lal’s grandson Bhavya Bishnoi was in the poll battle from Hisar this time,” said Udayvir Poonia, a close associate of Birender Singh.

However, INLD leader Abhay Chautala said that the political scenario will be different in the upcoming Assembly elections because of different issues of the state polls. Echoing similar sentiments, former spokesperson of Haryana Congress Ved Prakash Vidrohi said, “There won’t be any Modi factor in the Assembly polls. The BJP won’t able to do politics in the name of Pakistan during the Vidhan Sabha polls.”