NREGA May demand is highest for month in 8 years: 2.19 cr households 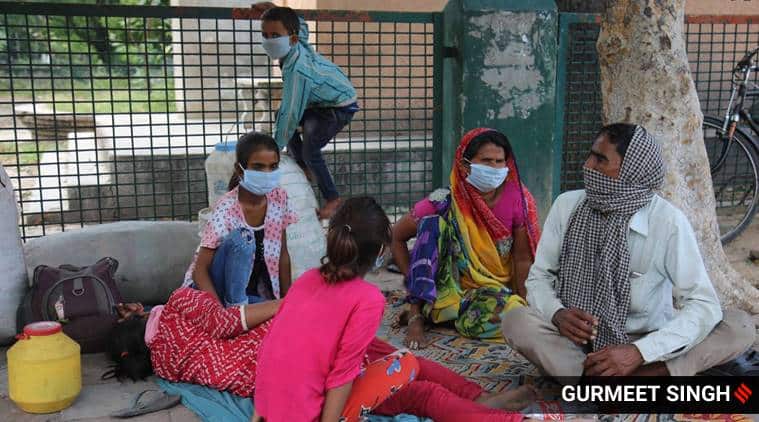 Migrant workers from Hardoi of UP resides at Jawaddi in Ludhiana wait for the confirmation of their ticket to Shramik train.

WITH THE lockdown sending lakhs of migrant labourers back to their villages, over 2.19 crore households utilised the rural job guarantee scheme in May, which is the highest for the month in the last eight years, according to official data.

An analysis of data in this category — available currently from 2013-14 on the MGNREGA portal — shows that the number of households that worked in May was 7.10 lakh higher than the 2.12 crore during the same month last year.

Sources in the Ministry of Rural Development told The Indian Express that jobs adding up to over 41 crore person-days were generated in May 2020 as against about 36.95 crore in the same month last year.

These are provisional figures, which are likely to be revised upwards as the muster rolls of last week are updated in the coming fortnight, they said.

The May spike is significant as there was a dip during April 2020, and reflects the lockdown’s impact. In April, about 1.06 crore households worked under MGNREGA, which is substantially lower than the 1.70 crore in the same month last year.

At least 19 states and Union Territories, mostly destinations of returning migrants, have reported an increase in the number of households provided employment in May.

Telangana reported only 3,884 households under the scheme in May, which is much lower than the 18.25 lakh in the month last year.

In the last financial year, the number of individuals who worked under the scheme soared to 7.89 crore, which is the highest since 2012-13 (7.97 crore).