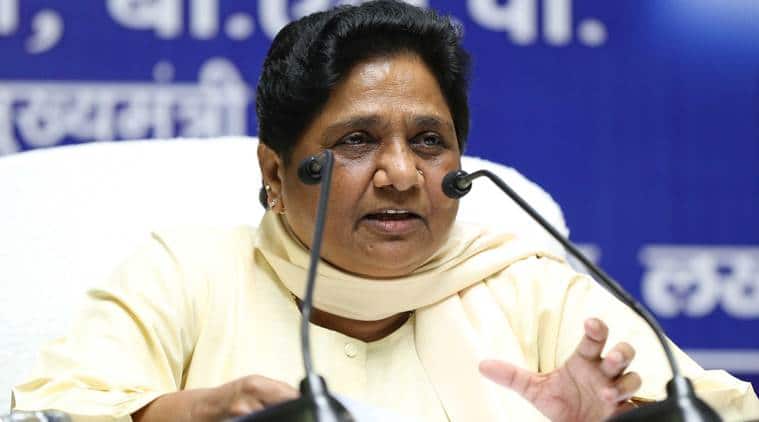 The Congress is a “non-trustworthy” party, Bahujan Samaj Party (BSP) chief Mayawati said on Tuesday, a day after six of her legislators approached Rajasthan Assembly Speaker C P Joshi seeking to merge parties. Mayawati added that despite the BSP’s unconditional support to the party in the 2019 Lok Sabha elections, the Congress had betrayed its trust.

“Instead of fighting against its bitter party/organisations, it is always looking to hurt those parties which support them. The Congress is, thus, an anti-SC, ST, OBC party and has never been sincere and honest about the right to reservation of these classes,” Mayawati tweeted.

She added that the Congress had always been opposed to Ambedkar’s ideology. “For this reason, Ambedkar had to resign as the first law minister of the country. The Congress neither allowed him to go to the Lok Sabha nor conferred him with the Bharat Ratna. Very sad and embarrassing,” she added.

Joshi Monday confirmed to The Indian Express that he had received an application from the six MLAs seeking to merge their legislature party with the Congress. The six are Deepchand, Sandeep Kumar, Joginder Singh Awana, Wajib Ali, Rajendra Singh Gudha and Lakhan Singh.

Gudha, an MLA from Udaipurwati, said, “In order to fight communal forces in Rajasthan, and for the development of the state and for the stability of the government, we have decided this (to merge with Congress). Chief Minister Ashok Gehlot is a leader of all ‘36 kaums’ (36 communities), and there can be no leader better than him for Rajasthan.”

Awana, who represents Nadbai, said, “On one side, we were giving support to the Congress government. On the other, we are fighting Parliamentary polls against them. In the panchayat elections too, we would have to fight against the Congress which we have lent support to… That’s why we took this decision after keeping in mind the state’s development.”