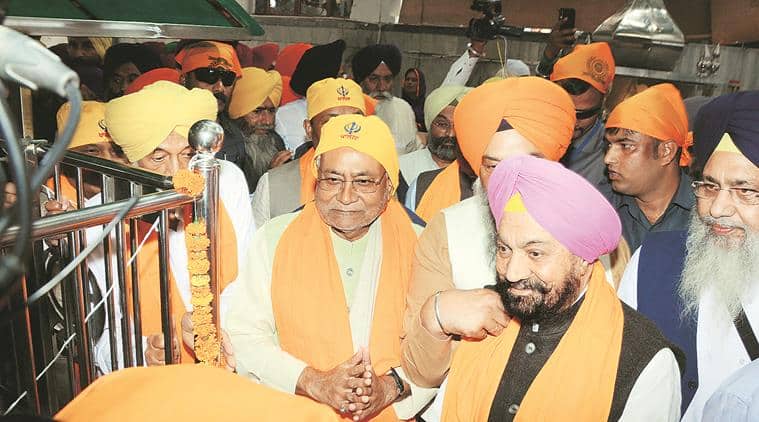 Speaking at Gurdwara Ber Sahib, Nitish said that Guru Nanak had given the message of one God, adding that the first Sikh guru also visited in Bihar during his travels. “One should think about others’ interest too not only one’s own as it was the the message of Guru Nanak Dev Ji,” he said, adding that he had brought several senior officers of his government including DGP, Speaker of the Vidhan Sabha and secretaries along for the visit.

“Guru Ji has taught that logon ki Sewa hi Humara Dharm Hai (serving people is our religion) and we are all following it,” said Nitish, who was honoured by the SGPC. He visited the government stage where a ‘Sehaj Path’ is underway.

Amitabh Bachchan sir and I are at loggerheads in Gulabo Sitabo: Ayushmann Khurrana