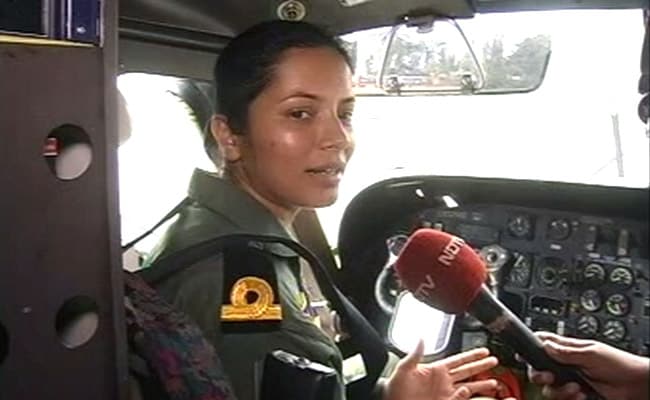 Sub Lieutenant Shivangi takes a walk about a white Dornier 228 twin-turboprop aircraft of the India Navy during a mandatory pre-flight check. Satisfied with her observation, she climbs into the cockpit of the aircraft used by the Navy for general utility and surveillance operations before she fires up the instrument.

Sub Lt Shivangi, 24, has made history - she is the first woman pilot of the Indian Navy.

She earned her 'Wings' at a ceremony at INS Garuda in Kochi on Monday. Trained to fly the Dornier 228 by the Indian Naval Air Squadron (INAS) 550, the oldest such squadron in the Navy, Sub Lt Shivangi said, "I cannot express my happiness in words."

"My father is a teacher. My grandfather was a farmer. No one in my family has ever joined the defence forces. My parents have always supported me in whatever I wanted to do, whether it was pursuing Mechanical Engineering or joining the Indian Navy," the pilot told, sitting inside the cockpit in front of an array of flight instruments.

A proud moment for all of us. The Indian Navy gets its first woman pilot. Sub Lieutenant Shivangi flies Dornier Do-228s. pic.twitter.com/jIMEgOeIMF

"We come from very humble backgrounds. Our daughter has made us famous. I am very proud of her. I believe daughters must be encouraged to do whatever they want to," the pilot's father Haribhushan Singh told.

They belong to a village near Muzzafarpur in Bihar.

Inside the cockpit, Sub Lt Shivangi has just finished the pre-flight checks. "My Commanding Officer told me during my training that the aircraft knows no gender. And that I must see myself as a trainee, not as a woman or a man. I have got immense support from all my seniors and colleagues," she said. 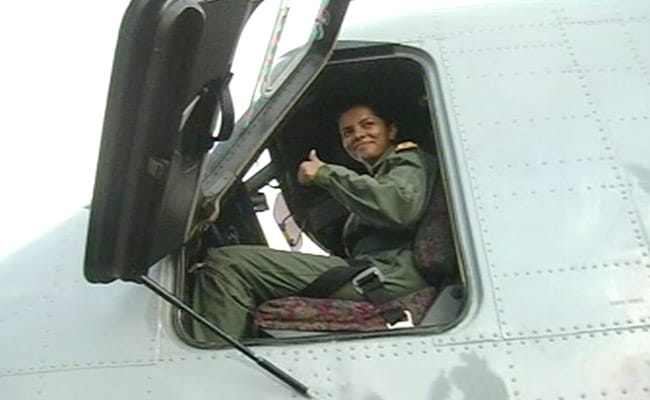 Sub Lt Shivangi, 24, has made history - she is the first woman pilot of the Indian Navy.

"I still have my last stage of training left, which will equip me for maritime reconnaissance and several other roles on the Dornier. After this, I want to train on the P-8I aircraft," Sub Lt Shivangi said. The Boeing P-8I is a large long-range anti-submarine and anti-surface warfare plane.

"Work hard, and try your best. Never be afraid to pursue your dreams. You must keep trying," she said.

The Dornier 228 is a versatile aircraft whose key features are long range, high-utilization rates and high payload, at an impressively low operational cost.