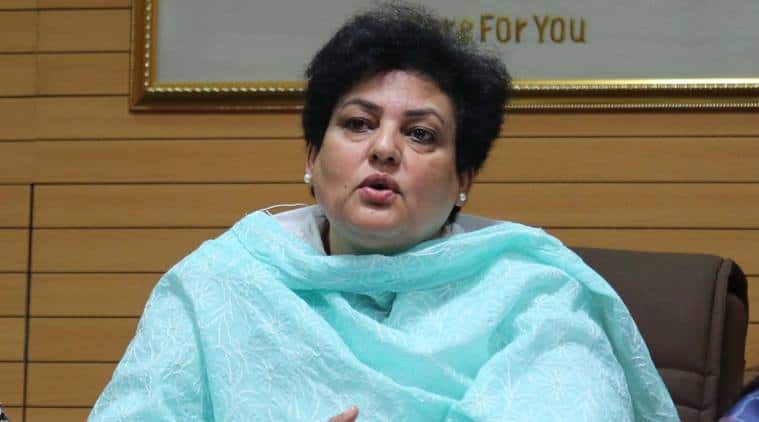 “We all wanted capital punishment for the accused in this heinous crime, but through due judicial process through the judicial system.,” she said.

National Commission for Women (NCW) chairperson Rekha Sharma, speaking on the encounter killing of the four accused of the gangrape and murder of a Hyderabad veterinarian, said Friday that while justice had been served, it should have been meted out through the due process of law.

“We all wanted capital punishment for the accused in this heinous crime, but through due judicial process through the judicial system. We have a legal system in place, and this must be followed. I cannot comment on the encounter and the role of the police before an inquiry is conducted. But prima facie from what we are hearing, if the suspects were truly trying to escape, then the decision of the police was correct. However, we do not know yet that this was the case, in the absence of a proper inquiry,” Sharma said.

“As far as punishment is concerned, it is the court’s job, after trial, to decide, even if these four accused were actually the one’s involved in the crime – that was for the court to determine,” she said.

The NCW on November 29 sent its team to conduct their own inquiry in the rape and murder. The team had met with the victim’s family as well as with the Telangana police. The NCW was expected to submit its report to the Union and State governments Friday.

Preliminary observations made by the team said that police officials had “delayed taking action in this case”.

“The victim’s family was shunted between two police stations citing jurisdiction of the location where the victim was last seen… Police came into action only the next day, though the victim’s family had reached out to them immediately after the victim’s cell phone was switched off,” the report says.

“Police officials claim that the CCTV footage from the toll plaza is not clear, which is strange. The lorry driver and cleaner parked their vehicle on the roadside and they consumed alcohol in the vicinity of the toll plaza, but the police didn’t bother inquiring the reason for either,” says the report.

“…Had they come in to action immediately the mishap could have been avoided. I don’t see the seriousness yet, they still haven’t been able to recover the mobile phone of the victim which could have answers to so many questions in the case,” Sharma says in the report.