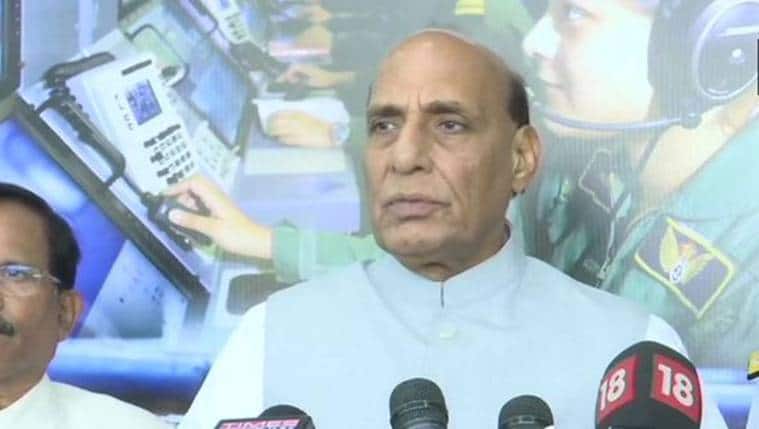 Defence Minister Rajnath Singh on Tuesday said the Navy has maintained vigilance to ensure that 26/11 is not repeated, reported PTI.

“India has never been the aggressor but its armed forces are capable of giving a befitting reply to those who cast evil eyes on us,” the minister said while addressing the media at the Naval Commanders Conference.

Earlier in September, Singh accused Pakistan of conspiring to carry out another 26/11-style attack in India and warned the neighbouring nation that the Indian Navy is now more capable than ever of striking back.

“Pakistan should understand that today, with additions like INS Khanderi, the strong resolve of our government and advancement in naval capacity, we are capable of dealing with a much bigger blow, he added.

Singh said that it was a matter of pride for India to be among the select countries that build their own submarines.

“The construction of Khanderi not only benefits the ship-building industry but also helps evolve a positive culture of stringent quality control and complex engineering. It brings indirect benefits to the economy of the nation and contributes to Make in India and Skill India,” he said.