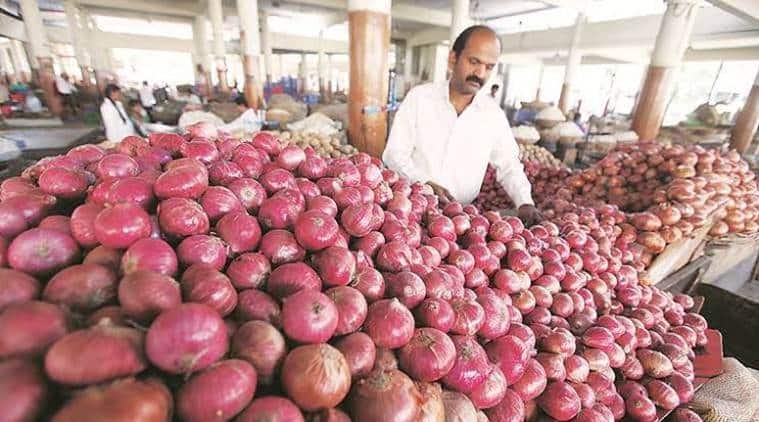 Income tax officials Monday began a series of search operations in the onion belt of Nashik to check for possible hoarding by traders. The operations are being conducted in the premises of 11 traders in multiple locations in the district.

The team collected sale and purchase records from wholesale markets and proceeded to verify the same by conducting search operations in Satana, Kalwan, Nashi, Lasalgaon, Pimpalgaon and other places, according to sources.

A central team led by senior officers from the Ministry of Food and Civil Supplies and Agriculture has also started an inspection of the onion belt to understand the supply and demand situation in the area.

Onion prices have been under the scanner of the central government after retail and wholesale prices started rising in September. After banning exports, the government put limits on the quantity of onions that wholesale and retail traders can hold. Wholesale traders could hold 500 quintals while retail traders were allowed to keep 100 quintals of the bulb per day.

In line with govt decision to check price rise

The search operations to check for hoarding are in line with the government’s decision to clamp down on the price rise of onions. Officials hope that such measures will prevent hoarding and tackle price rise as traders would be wary of seeking higher prices in auctions. In 2017, a similar raid had failed to unearth anything substantial.

Jaydutt Holkar, chairman of Lasalgaon’s wholesale market in Niphad taluka, said the operations were to ascertain whether traders had violated the limit.

Onion prices crossed the Rs 100 per kg mark in the national capital earlier this week, while retail rates are hovering around Rs 80 per kg in several cities.

Senior officials of the agriculture department pointed out that the price rise comes in the backdrop of a supply-demand mismatch given the damage to the kharif onion crop in states like Madhya Pradesh, Karnataka, Gujarat and Rajasthan. Maharashtra’s new crop was also damaged by heavy rain in Nashik.

The onions in the market are from stocks stored by farmers in April. On Monday, Lasalgaon’s market recorded an average price of Rs 4,383 per quintal of onion.

Last week, the state-owned MMTC floated tenders to import 20,000 tonnes of onion. The onions can be sourced from any country.