Mumbai Likely To Get Heavy To Very Heavy Rain Tomorrow, Day After 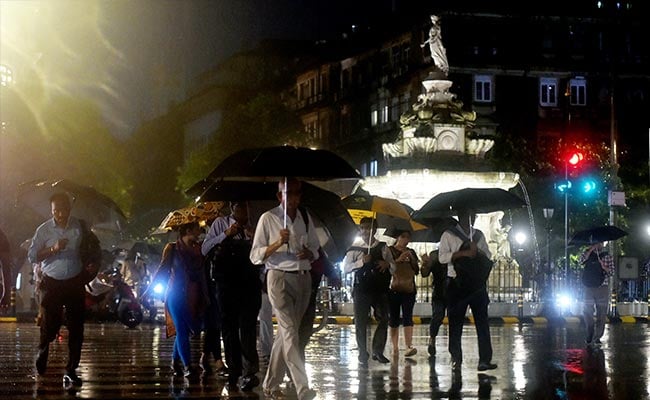 The Met department on Saturday predicted "heavy to very heavy rainfall" for Mumbai and adjoining areas on Sunday and Monday.

The Colaba observatory for the island city has recorded a rainfall of 70 mm in the last 24 hours ended on Saturday morning, which is higher compared to the quantum of rains recorded by the Santa Cruz centre.

"Heavy to very heavy rainfall is likely for the next two days in the city and its adjoining areas," said IMD Chief PRO Vishambhar Singh. The IMD has predicted a cloudy weather for this period.

Meanwhile, trains ran on time on the Main and Western lines of the Central Railway (CR) and Western Railway (WR) on Saturday, with no untoward incident being reported.

"Trains running between Churchgate and Dhanu stations are on time. No complaints, including that of snapping of an overhead wire, have been received," said WR Chief PRO, Ravindra Bhakar.

Sources from the CR informed that trains are running normally.

On Wednesday, the services of the CR, including the main and Harbour lines, and the Western Line were paralysed due to very heavy rains in a short span of time, causing inundation of tracks and influx of water from the Mithi river.

Traffic on western, southern, northern and eastern suburbs of Mumbai remained normal on Saturday with no report of any congestion, according to Mumbai Traffic Police officials.

Realme Narzo 10A to go on Sale Today via Flipkart & Realme.com: Price, Offers and More