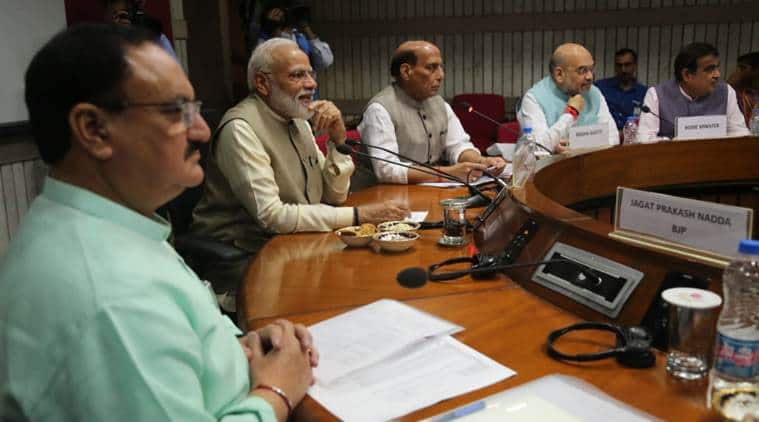 A committee will be constituted to explore the feasibility of holding simultaneous Parliament and assembly elections, Union Minister Rajnath Singh quoted Prime Minister Narendra Modi as saying after the latter chaired an all-party meeting in New Delhi on Wednesday.

Heads of various political parties, Rajnath said, supported the idea of “one nation, one election” and presented their views on the matter at today’s meeting.

However, several Opposition parties including the Congress gave it a miss. Those that had no representation at the meeting include NDA ally Shiv Sena and Opposition parties DMK, Telugu Desam Party (TDP), Trinamool Congress, Samajwadi Party (SP), and  Bahujan Samaj Party (BSP).

The Left parties, represented by CPI(M) general secretary Sitaram Yechury and CPI’s D Raja, attended the meeting. Rajnath said the CPI(M) and CPI had a difference of opinion but “they didn’t oppose the idea, just the implementation of it”.

BSP chief Mayawati tweeted saying she would have attended the all-party meeting if it was on electronic voting machines (EVMs).

On Tuesday, West Bengal Chief Minister and Trinamool Congress supremo Mamata Banerjee declined the invitation to attend the meeting and asked the Centre to instead prepare a white paper on the “one nation, one election” issue for consultations.

At the meeting, the Prime Minister also discussed issues of ‘aspirational districts’, the celebration of 75 years of India’s Independence in 2022 and marking 150 years of Mahatma Gandhi’s birth anniversary this year, among other things. Today’s meeting will be followed by a dinner with all MPs on June 20.