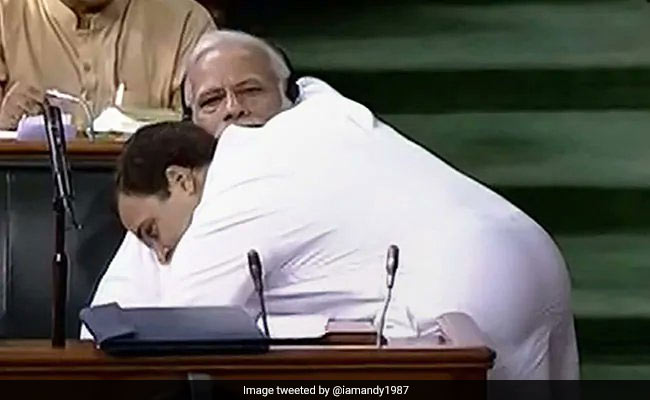 Cracking the civil services exam - one of the toughest in the country - is no joke. However, Twitter has the ability to find mirth where there is none. On Tuesday, a successful candidate was the topic of a raging meme storm as his name is linked to one of the most famous political rivals the country has ever seen - Congress MP Rahul Gandhi and Prime Minister Narendra Modi.

A candidate named Rahul Modi has reportedly secured 420th rank in the UPSC exam and is on his way to becoming an administrative service officer. His name, however, became one of the top Twitter trends as it is the combination of the names of the two leaders. "It is the merger of a century," a Twitter user quipped.

The merger of the century!#Rahulmodipic.twitter.com/0vVhcn9pP5

When life gives you Rahul, be a #RahulModi not #RahulGandhi

Candidate name #RahulModi secured 420 Rank in #UPSC gets all the attention .Candidate Who secured No 1 rank : pic.twitter.com/a6AzM7Whp6

Trolling him just because of his name
Isn't right.
He got this position by his hard work, it's bad to hear and see people trolling him. #Rahulmodi#UPSCResults

Are you a Congress Supporter or BJP supporter?#RahulModi be like : pic.twitter.com/LUGR59utMu

Pradeep Singh is also trending on Twitter after topping the prestigious Civil Services exam 2019. The 29-year-old leads the list of 829 candidates who have qualified for the IAS, IPS, IFS and other civil services, the Union Public Service Commission (UPSC) announced on Tuesday.

Prime Minister Narendra Modi tweeted: "Congratulations to all the bright youngsters who have successfully cleared the Civil Services Examination, 2019! An exciting and satisfying career of public service awaits you. My best wishes!"