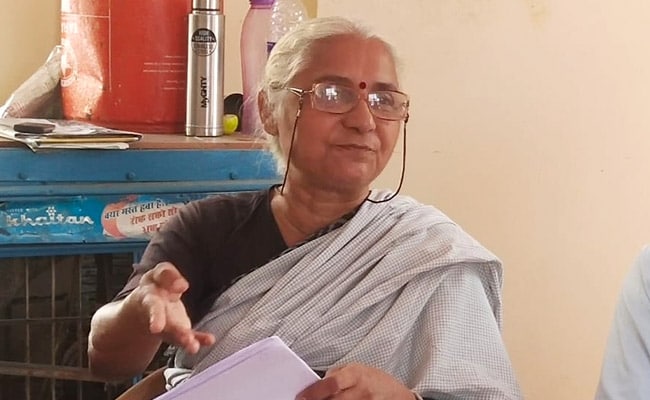 Narmada Bachao Andolan activist Medha Patkar has alleged a "deeper conspiracy" behind the show cause notice issued to her by the Regional Passport Office (RPO) in Mumbai for failing to disclose information on pending criminal cases.

"I think this is a much deeper conspiracy that needs to be looked into. Vested interests are working actively to defame public movements these days, trying to find one reason or another to put activists behind bars," she told in Bhopal.

The Mumbai RPO had claimed that there were nine criminal cases pending against Ms Patkar, and asked her to explain why her passport should not be impounded for failing to give out all details.

The activist said that she has already responded to the Mumbai RPO notice dated October 18, 2019, in writing. "Of the nine cases that have been shown pending against me in Madhya Pradesh's Barwani, Alirajpur and Khandwa districts, I have already been acquitted in three (two in Barwani and one in Alirajpur). Another case that pertained to carrying out a silent procession was registered at Barwani in August 2017, and so there was no question about informing the passport office about it in March 2017," it read. Residents of 178 villages that have been displaced by the Sardar Sarovar Dam hold protest outside Narmada Valley Development Authority office in Bhopal.

Ms Patkar went on to say that she has no recollection of the cases said to have been pending against her in the Khandwa district court. "I don't remember being summoned or arrested in any of these cases, nor do I remember having been made an accused in these cases. Till date, therefore, I've been acquitted in whatever cases of early years until March 30, 2017 - the date of my application for passport, as per my knowledge," she added.

Meanwhile, the six-day indefinite satyagraha led by the activist outside the Narmada Valley Development Authority office in Bhopal, was called off on Thursday evening. The protest was being held for residents of 178 villages in Madhya Pradesh that have been displaced by the Sardar Sarovar Dam.