McDonald's, KFC, Burger King And Others Join In The Chicken Burger War On Twitter 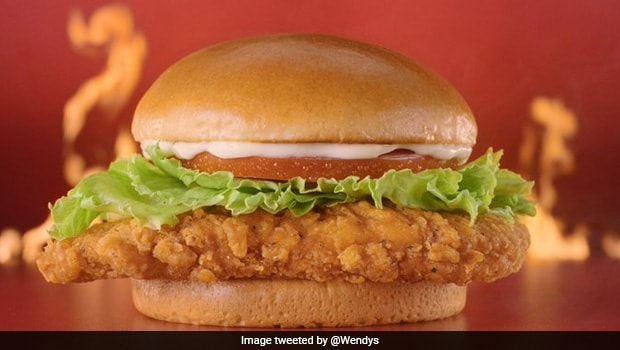 There has always been a fierce completion in the fast food industry. With so many big players selling budget-friendly yet delicious fast foods, especially burgers, customers have enjoyed the ability to choose from different (all-good) options. It was easy to compare and choose as all these fast food outlets had their own signature foods with different flavours and signatures to offer. But now, the competition has spiralled to a whole new level with all of them fighting on the same meal - fried chicken burger or chicken sandwich, as they call it. The big chicken burger war actually started long time back with Popeyes launching fried chicken sandwich in brioche buns. It suddenly got so popular that other burger chains had to quickly jump in. Chick-fil-A tweeted claiming theirs was original and the best. To this, Popeyes had its own rebuttal. Here are the tweets:

Amid this spat, Wendy's took an opportunity and tweeted its own burger's picture with the caption, "Y'all out here fighting about which of these fools has the second best chicken sandwich." Popeyes was quick to launch an attack on Wendy's, which went back and forth.Look at these tweets:

Sounds like someone just ate one of our biscuits. Cause y'all looking thirsty. https://t.co/89eqI5vk2z— Popeyes Chicken (@PopeyesChicken) August 20, 2019

Then Shake Shack also jumped in the Twitter war:

In the new year 2021, we all thought that the war was over, but instead it was just waiting to explode. Now biggies like Mc Donald's, Burger King and KFC has relaunched an out-and-out war with their own versions of crispy chicken sandwiches.In fact, Popeyes went to the extent of offering free chicken sandwich to 500 people who misspelled the McDonald's early access website URL that was to be launched on Feb. 18.

(Also Read: Viral Post Makes People Order Food Online For Others; See How It All Began)

Hey you! Yeah you! You look hungry for the greatest fried chicken sandwich ever made. So go to https://t.co/XqOBJCY3p2 to see if it's available near you. If it's not, just keep refreshing the page until it is. pic.twitter.com/GgTpVuUNwm— KFC (@kfc) February 22, 2021