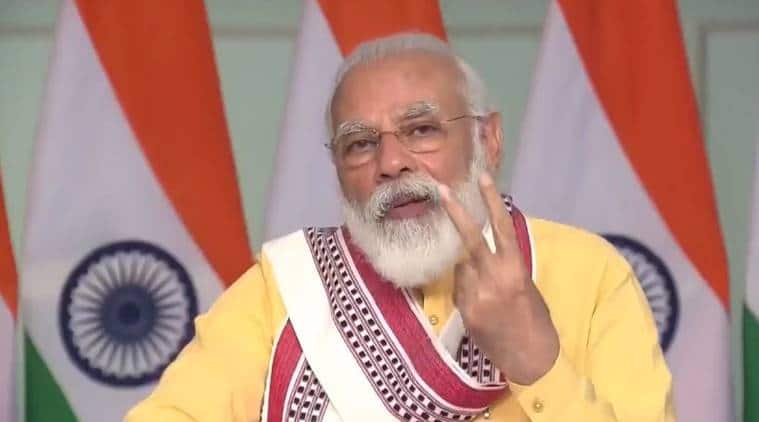 Prime Minister Narendra Modi spoke about how Covid is spreading faster and that its threat is high as ever.

PM Narendra Modi Mann Ki Baat HIGHLIGHTS: Prime Minister Narendra Modi began his address to nation by remembering the jawans who laid down their lives during the 1999 Kargil War. He also spoke about how Covid is spreading faster and that its threat is high as ever. PM Modi said, “COVID-19 recovery rate in our country is better than others. Our fatality rate is much less than other countries. We were able to save the lives of lakhs of people, but the threat of coronavirus is not over yet. It is spreading fast in many areas, we need to remain vigilant.”

Earlier, on July 11, PM Modi had also invited people to share “inspiring anecdotes” about the collective efforts made by people to bring positive changes. He tweeted, “I am sure you would be aware of inspiring anecdotes of how collective efforts have brought about positive changes. You would surely know of initiatives that have transformed many lives. Please share them for this month`s #MannKiBaat, which will take place on the 26th!”

In his last Mann Ki Baat address on June 28, Prime Minister Narendra Modi paid tributes to the 20 Indian soldiers who had died in the violent clash with Chinese troops on June 15 in Galwan Valley, and asserted that India had given a befitting reply to those who cast an evil eye on its territory.

Modi had said: “Those who cast an evil eye on Indian soil in Ladakh have got a befitting response. India honours the spirit of friendship… she is also capable of giving an appropriate response to any adversary, without shying away. Our brave soldiers have proven that they will not let anyone cast an evil eye on the glory and honour of Mother India.”