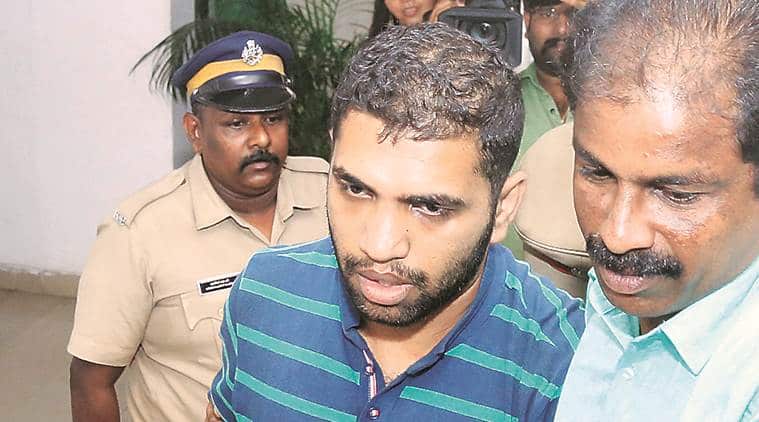 Over the last three years, a 29-year-old from Kannur allegedly introduced himself as an IPS officer, moved around in police uniform, enjoyed salutes and admonished constables on traffic duty. On the sidelines, he cheated several banks and individuals to the tune of Rs 2.5 crore, police said.

The duo hailed from Thalassery in Kannur district, but mainly operated at the temple town of Guruvayur in Thrissur district, police said. Shyamala was removed as a last-grade government employee following a forgery case years ago. When she was arrested last month, Vipin had managed to escape.

Thrissur Range DIG S Surendran said, “Vipin used to admire police officials. That admiration made him pose as an IPS officer. He got a police uniform stitched in Guruvayur and manufactured the official chest name plate. The gift of the gab left little doubt in people’s minds.”

Vipin does not have any degree. He had attended a technical course and later a hotel management course, but did not complete either.

About Vipin’s modus operandi, police said that he would forge his bank statement as an IPS officer and approach banks for car loans. Everywhere he would use his photographs in police uniform and give the Guruvayur address, which was also forged. After purchasing a car with a bank loan, he would sell it without clearing bank dues. To get the sale deal cleared at the transport department, he would present a forged bank statement showing that he had paid all the bank dues. A fresh car loan would be used to pay the previous one. In this way, he allegedly bought 15 cars with bank loans posing as an IPS officer.

Vipin and Shyamala also allegedly befriended an official with Indian Overseas Bank at Guruvayur, where he had opened his first bank account with forged documents. Shyamala tricked the official into believing that Vipin was seriously ill and required financial assistance. Thus, the duo allegedly pocketed Rs 25 lakh and 50 sovereigns of gold from the official.

The DIG said that as these were vehicle loans, bank officials did not go for any detailed inquiry about the antecedents of the applicant. “We have got 15 complaints regarding cheating and more complaints are coming up from across Kerala. Before moving to Guruvayur pretending to be an IPS officer, Vipin had been jailed for six months in Kannur in another cheating case,” he added.

The DIG said that though Vipin went everywhere as an IPS officer, sometimes in uniform, he never appeared before any IPS officer in the last three years. “He ensured that he reached police functions after senior officials had left. Then he would apologise for being late. He had even forged the letter pad of the Kupwara police superintendent,” said the DIG.

A month ago, Vipin went to meet an inspector in Malappuram to seek a favour for his friend in a cheating case, and introduced himself as an IPS officer hailing from Guruvayur. But the inspector contacted his counterpart in Guruvayur temple town station.

Guruvayur Inspector Premanandakrishnan said, “Initially we registered a case for misuse of police uniform. But later we realised that he had cheated several banks and individuals.”