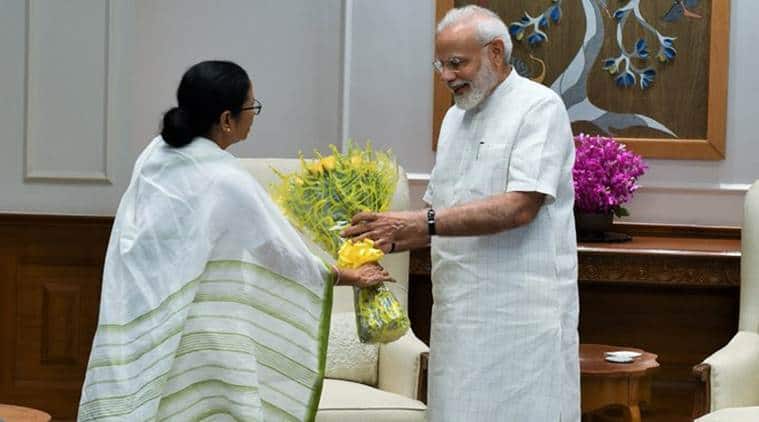 In a sudden departure from the belligerence since the Lok Sabha elections, West Bengal Chief Minister Mamata Banerjee met Prime Minister Narendra Modi Wednesday, calling it a “very good government to government” meeting. She also invited him for the inauguration of the second-largest coal block in Birbhum district of West Bengal.

“We have got the second-largest coal block in Birbhum, it will be some Rs 12,000 crore investment and jobs for over one lakh people. I met the Prime Minister and told him that once Puja Navratri everything is over, if he can give us a day, we will inaugurate the project. I invited him to the inauguration. It was a very good meeting, a government to government meeting so you should not read any politics into it,” Banerjee said soon after the meeting. Mamata Banerjee: Asked PM Modi to expedite process on Bengal name change

This is the first meeting between the two leaders in two-and-a-half years. The two leaders had last met at the convocation ceremony of Visva Bharati University in Shantiniketan on May 25, 2018.

The meeting also comes at a time when CBI is on the lookout for former Kolkata Police Commissioner Rajiv Kumar, said to be close to Banerjee in a case related to the Saradha chit fund scam. Ever since Banerjee announced her decision to visit Delhi, the opposition in the state has been alleging that the Mamata-Modi meeting is political and not administrative as Banerjee has been claiming.

Interestingly, less than a week after taking to roads in a mega anti-NRC show, Banerjee almost sounded reconciliatory in Delhi when she said, “You are making a mistake. NRC is just for Assam, it has got nothing to do with us, there is no proposal or suggestion for implementing it anywhere else”.

Banerjee is also expected to meet Home Minister Amit Shah on Thursday. On this, she said there is nothing unusual about her having time from Shah as in the past too she has held such “courtesy meetings”. “The home minister, I am told, is in Jharkhand so I will see if I can get some time tomorrow. As for the finance minister, I don’t think I can fit that in. Amit Mitra (West Bengal finance minister) will meet her later.”