After her three-day fast in Kolkata last week against the alleged “targetting” of Kolkata Police Commissioner Rajeev Kumar by the CBI, West Bengal Chief Minister Mamata Banerjee is all set to bring her fight against BJP to the national capital.

Banerjee arrives in Delhi on Tuesday evening and is set to head to Jantar Mantar for a dharna on Wednesday to “Save Constitution, Save Democracy, Save Federal Structure, Save India.”

Her dharna is expected to see leaders of various opposition parties sharing the stage, like what happened with Andhra Pradesh CM N Chandrababu Naidu’s daylong fast at Andhra Bhawan in New Delhi on Monday to demand special status for his state.

Unlike Naidu, Banerjee may visit Parliament briefly on Wednesday morning before heading to the dharna site. It has been her practice for some time now to arrive in Delhi when Parliament is in session and spend some time both in the Trinamool Congress (TMC) office in Parliament and the Central Hall, where she likes to catch up with her old colleagues across parties.

Banerjee is likely to returns to Kolkata on Thursday.

The TMC chief, who has launched almost daily diatribes against Prime Minister Narendra Modi, is hoping to firm up her claim to be an Opposition fulcrum at the Jantar Mantar rally. Delhi Chief Minister and Aam Aadmi Party chief Arvind Kejriwal, with whom she shares a close rapport, is expected to join her on the stage.

As part of the India Against Corruption, Kejriwal had once called upon “Didi” to join the anti-corruption movement during the Congress-led UPA regime.

Other parties such as the Congress, NCP, TDP, DMK, Samajwadi Party, BSP are expected to send their representatives.

Like in case of Banerjee’s big rally on January 19 at Kolkata’s Brigade Parade Grounds, and also Naidu’s Monday fast, Left parties are likely to skip the Jantar Mantar event on Wednesday. 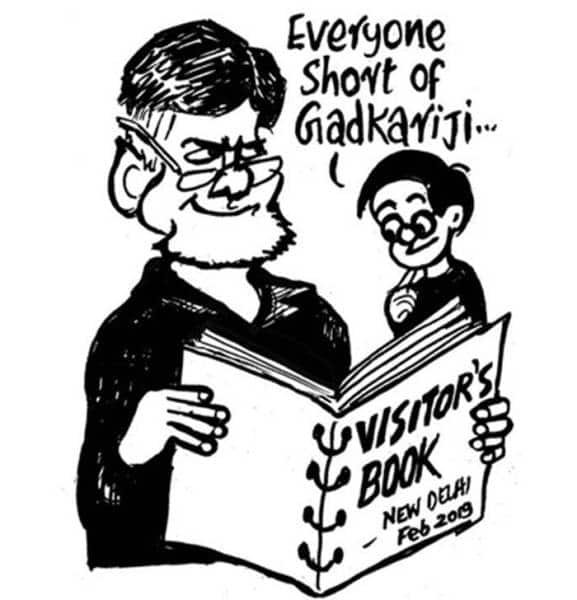 Meanwhile, with Congress president Rahul Gandhi slated to visit Gujarat on February 14, it is not immediately clear whether opposition parties will hold a strategy meeting that day, as had been decided earlier. Sources said several opposition parties have informally sought clarity on the matter from the Congress, but after Minister of State for Parliamentary Affairs Vijay Goel urged a still-stalemated Rajya Sabha on Monday to at least pass the vote of thanks to the President’s address, it is still an open question.

“It is not clear if we (opposition parties) are meeting on Thursday. Today I asked Congress leaders why they are keeping all decisions for the last minute and leaving all of us hanging. But if the vote of thanks has to be passed…we will know only tomorrow,” a Rajya Sabha MP from an opposition party said.

The Upper House had allotted 10 hours for discussion on the President’s address. Amid repeated disruptions, the discussion has not even started as the sessions nears its end.