Major Fire At Bank In Bengaluru, People Try To Jump Off Building 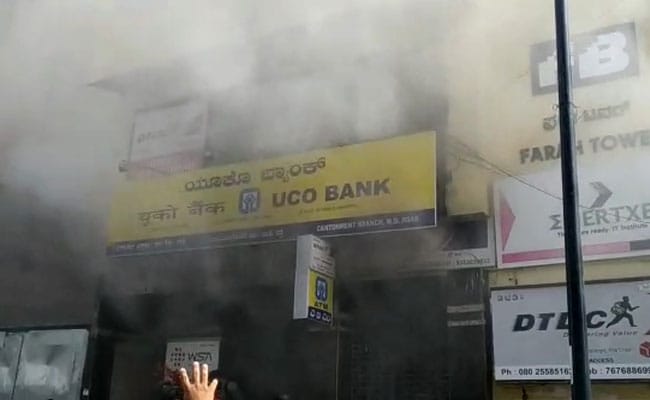 A major fire broke out this afternoon at the MG Road branch of UCO Bank in Bengaluru, triggering panic among the staff and other people inside the building.

In dramatic visuals, people were seen trying to jump off as smoke billowed out from the building. The six-storied building also has a coaching centre, a garment outlet and a courier centre. The fire probably started near the elevator at the ground floor.

Four fire tenders were rushed to the spot and the fire is now under control, said officials.

"The fire is now under control and nobody is trapped in the building. A probe has been initiated to find out whether proper fire fighting equipment was installed at the building or not," Sunil Aggarwal, ADGP Fire And Emergency Services, said.

According to an eyewitness, more than six security guards of the adjacent building brought fire extinguishing cylinders to douse the flames.