Maharashtra recovery rate up to 43.3%, past national average 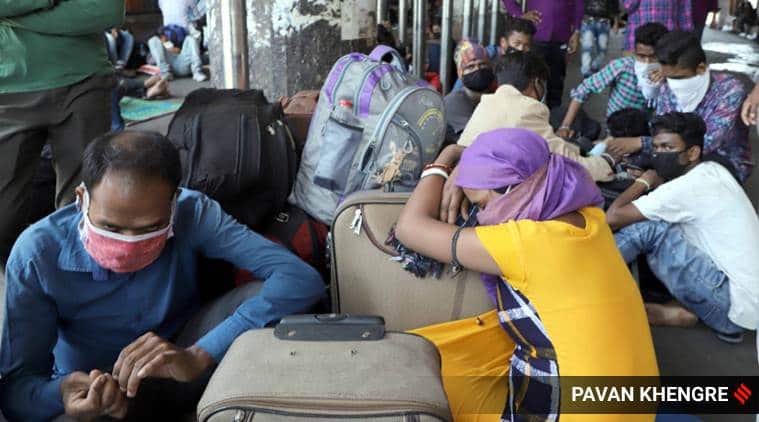 Migrant workers and others waiting to board trains to Uttar Pradesh at a parking lot opposite Pune Railway Station.

In just a day, Maharashtra’s recovery rate jumped from 31.2 per cent to 43.3 per cent, surpassing the national average of 42.8 per cent. On Friday, data for the day released by the Maharashtra government showed 8,381 people, of them 7,358 from Mumbai alone, had been discharged from dedicated Covid hospitals or Covid Care Centres, or had completed their 14-day home quarantine.

The total count of recovery stands at 26,997 in the state. Until Thursday, Maharashtra was discharging around 1,000 cases every day, but it grew 8-fold on Friday to 8,381. Officials explained that the sudden 12 percentage point hike in recovery rate was due to district officials completing the herculean task of checking which patients in their region had recovered over the last few days and updating their database. Until Thursday in Mumbai, the number of discharged/recovered patients was 8,650, while on Friday, that number doubled to 16,008.

On Friday, the state registered 2,682 fresh cases taking its total Covid-19 patient count to 62,228 (including the recovered/discharged cases).

There were 113 deaths declared on Friday, the highest so far in a single day, taking the total toll to 2,098. Maharashtra took 59 days to breach the 1,000-death mark since it registered its first death on March 17. Since May 15 it has taken only 14 more days to add 1,000 more deaths.

Mumbai registered 1,447 cases taking its total count to 36,932 with 1,173 deaths. Among those who died was a Mumbai policeman, who had been discharged from the Dome Covid Care Centre at Worli after a 14-day quarantine.

Of the recoveries, only 715 were actually discharged on Friday, and the rest over the last few days. “A lot of people were getting discharged but it was not getting registered in our system,” said Dr Daksha Shah, BMC’s deputy executive health officer. A majority of the recovered were those who were discharged from Covid care centres and those in home isolation.

Explaining the astonishingly single-day high number, Anup Kumar Yadav, director of National Health Mission in Mumbai, said: “We came across instances where a patient was discharged but it was not getting reflected officially. For example, a Thane resident would be admitted in a Mumbai hospital, when he was discharged the communication was not reaching Thane officials. This led to a gap in recorded figures and actual numbers.”

The Indian Council of Medical Research revised its discharge policy on May 11 allowing asymptomatic people to be discharged from isolation facility after 10 days of admission. Those under home isolation and asymptomatic patients require no more need to be tested after 10 days. The guidelines allow testing before discharge only for those who had been severely ill people. The previous guidelines required a 14-day hospital isolation and discharge only after patient tested negative twice in a gap of 24 hours.

A health official said some districts were not following the new discharge policy strictly. Offering a glimmer of hope, the case doubling time for the state is steadily improving to 15.7 days from 11 days in the last week.