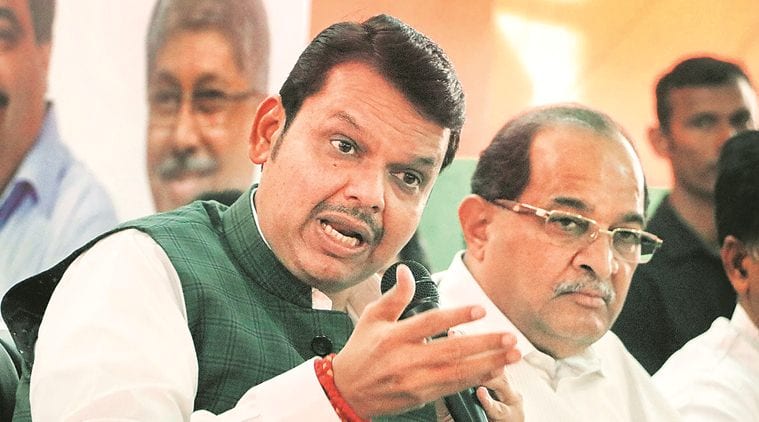 Opposition leader Devendra Fadnavis at a press conference in Nagpur on Sunday. (PTI)

The Opposition BJP will focus on the Hindutva agenda and loan waiver for farmers in Maharashtra in the week-long Winter Session, which commences from Monday.

Even as both the ruling and opposition parties have drawn up their strategies for the week-long session from December 16 to 21, the bigger challenges confronting them are internal. While the BJP is facing a revolt from its rebels, the Maha Vikas Aghadi (Shiv Sena-NCP-Congress) government is grappling with a power tussle, sources said.

The BJP, which is the single largest party with 105 MLAs, is set to play the role of an aggressive opposition, led by former chief minister Devendra Fadnavis. A highly placed source in the BJP said, “In the absence of heavy legislative business in the ongoing session, the party will focus on politics. Chief Minister Uddhav Thackeray will have to face questions on the party’s stand on Hindutva. Whether it relates to the new citizenship law or the remarks on Veer Savarkar by Congress leader Rahul Gandhi, the BJP has decided to intensify its attack both inside and outside the House.”

BJP MLAs plan to take out a rally on the Nagpur Vidhan Bhawan premises to highlight the “Shiv Sena’s flip-flop on Hindutva” on Monday. “The Shiv Sena should realise that the controversy on Veer Savarkar was not raked up by the BJP. It is their alliance partner Congress leader Rahul Gandhi who has landed them in trouble. Now, the Congress’ stand on Savarkar is well known to people across the state and country. But we would certainly like to ask whether the Thackeray-led Shiv Sena is set to give up its core ideological issue of Hindutva,” Fadnavis said.

Thackeray is set to convene the state legislature meeting on Monday. The party has already deputed parliamentary affairs minister Subash Desai to keep a tab on each of its 56 MLAs. They have been categorically cautioned not to make any out-of-turn comment against the government on Hindutva.

The Congress has taken a middle path. State Congress president Balasaheb Thorat said, “We are committed to the Common Minimum Agenda. As far as Hindutva issues are concerned, our stand is well-known. If any of our ally takes an opposite stand, it would be discussed by the central leadership.” The Congress, with 44 MLAs, believe the BJP was overplaying Rahul’s remark on Savarkar.

Congress minister Nitin Raut said, “When the Sena agreed to join the Congress-NCP, it is evident they have decided to shelve their Hindutva agenda. What is the point of raking up the issue everyday.”

State NCP president and cabinet minister Jayant Patil has been entrusted the key task to ensure perfect coordination amongst the alliance partners — Shiv Sena, Congress and NCP — in the Winter Session.