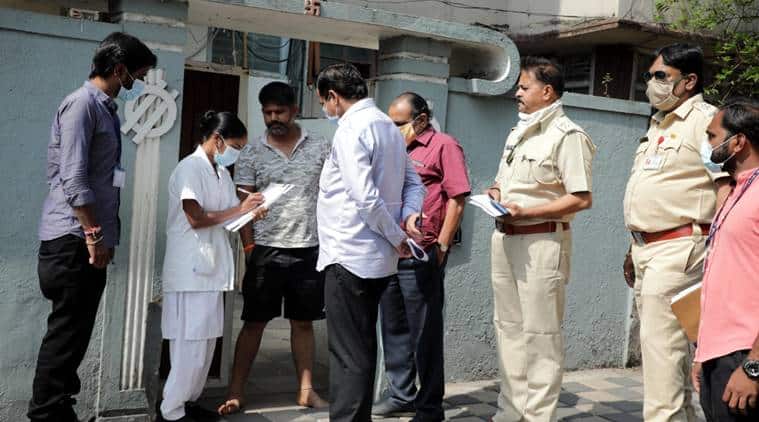 Inquests are conducted to identify the cause of death when a person dies suddenly of unnatural causes, like accident, suicide or crime, and also to investigate reasons behind a death due to natural causes. (Representational Image)

The state government announced Tuesday that it would stop conducting inquests of persons suspected to have died of COVID-19 to protect doctors, nurses, medical staff and police personnel involved in the procedures. The decision refers to the ‘COVID-19: Guidelines on Dead Body Management’, released by the Union Ministry of Health and Family Welfare last month.

Noting that the main driver of transmission of COVID-19 is droplets, the guidelines state that “there is unlikely to be an increased risk of COVID-19 infection from a dead body to health workers or family members, who follow standard precautions while handling a body”. The guidelines, however, add that “only the lungs of dead COVID-19 patients, if handled during an autopsy, can be infectious”.

Tuesday’s order states that doctors at state-run hospitals have been receiving requests from families of the deceased to conduct inquests into deaths suspected to be caused by COVID-19. With the announcement, the state government has allowed doctors and police personnel, called in to participate in inquests, to turn down these requests.

Inquests are conducted to identify the cause of death when a person dies suddenly of unnatural causes, like accident, suicide or crime, and also to investigate reasons behind a death due to natural causes.

In Nagpur, police have also been instructed to avoid carrying out autopsies in cases where bodies bear no injuries, investigations do not reveal any foul play and if families of the deceased also do not insist on an examination.

Dr A A Mukherjee, dean of Indira Gandhi Government Medical College in Nagpur, wrote to Nagpur city police last month stating that medical and police personnel involved in an inquest face potential health hazards by being exposed to droplets of body fluids of the deceased. Last month, nine employees of the hospital who had conducted the inquest of a Sri Lankan woman, who was admitted after she had suffered a paralytic attack, had to be placed under quarantine after she tested positive for COVID-19.

Dr Mukherjee also instructed medical and police personnel not to conduct inquests in cases where homeless individuals, beggars and unidentified people suffer natural deaths, in order to prevent a community transmission of the pandemic.