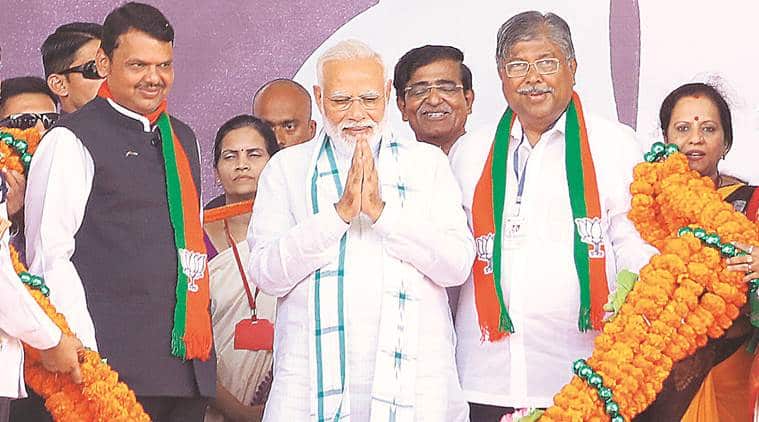 THE Maharashtra Assembly election on October 21 is set to be a test for the uneasy alliance between the BJP and Shiv Sena. With the Opposition still in disarray after the Lok Sabha poll drubbing and desertions of several leaders in the run-up to state polls, many political analysts believe the October polls will be a battle of supremacy between the two ruling allies.

Since 2014, when the BJP emerged as the most powerful political force, tension has been simmering between the two sides. So, even as both parties have firmed up a pre-poll alliance, BJP’s strategy is to get as close to the halfway mark of 144 seats on its own.

Five years ago, BJP, riding on the Narendra Modi wave, tripled its seat tally (46 seats in 2009 to 122 seats in 2014) when the two parties had snapped ties and contested independently for the first time since 1995. It has since notched up wins in local body polls and made acquisitions from Opposition ranks to enhance its own footprint in Maharashtra.

Further, the landslide victory in the 2019 Lok Sabha polls, where the BJP-Sena alliance, under PM Modi’s leadership, won 41 of the 48 seats in the state, has bolstered the BJP’s hope for a bigger mandate this time.

The Uddhav Thackeray-led Shiv Sena, once the more dominant force in the saffron alliance in Maharashtra, has been forced to play second fiddle to the BJP since its upswing in 2014. Sena’s strategists know that if the BJP further improves its tally in the Assembly and reaches anywhere near the halfway mark, its own position in the alliance will be compromised further.

This, said party sources, was a key reason behind Uddhav’s initial insistence of equal sharing of seats and power in the state. But seized of the importance of staying in the alliance, the Sena ceded some ground. Sena is likely to contest 126 seats, while BJP (with smaller allies) will contest the remaining 162, said sources.

To match the BJP in this power tussle, even the Sena, over the last few months, has systematically inducted Opposition turncoats, including some legislators, on seats the BJP has traditionally contested. To retain its relevance, it has also projected the party’s heir apparent, Aaditya Thackeray, as a chief ministerial face — a move that has seen some resistance from the BJP camp.

Fadnavis, who is seeking a second consecutive term, has labelled himself as the face of the alliance and embarked on a statewide tour.

But this battle of supremacy between the saffron allies has come at the cost of the Opposition, with the two main parties, the Congress and NCP, fighting for survival in a state they once dominated.

Key desertions have hit them further. Since the Lok Sabha polls, 24 senior leaders — including 13 serving legislators and 10 former ministers — have switched to either the BJP or Sena. The BJP, in particular, has been making efforts to weaken NCP’s base in western Maharashtra, where Sharad Pawar’s party draws its clout. The polls will also be a test of Pawar’s political acumen. With the Congress lacking a strong mass leader and battling infighting, the onus of leading the Opposition campaign has fallen on the NCP patriarch again. But Pawar’s party has been hit the most by the exodus, forcing the 78-year-old to embark on a statewide tour to remotivate his cadre.