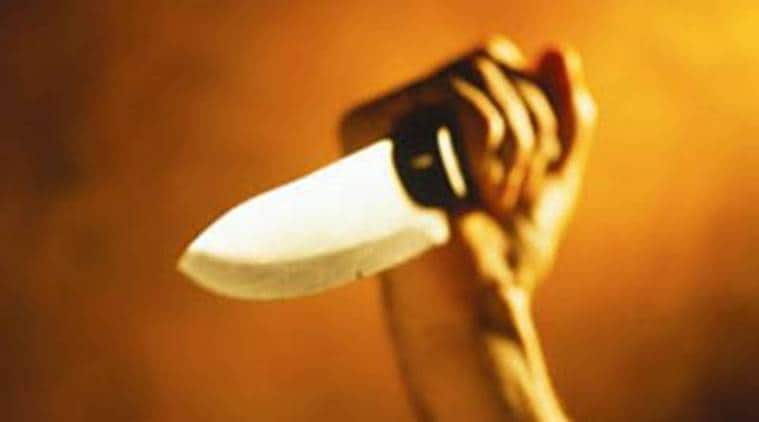 As soon as Prashant arrived in a car with his driver and stopped at the gate, the assailants attacked him with knives, said an eyewitness.

A youth was stabbed to death on Thursday afternoon near the gate of an apartment in Lucknow’s posh Gomti Nagar Extension area. Police identified the victim as Prashant Singh (25), a resident of Vijay Khand in Gomti Nagar. Prashant had dropped out of an engineering course at Babu Banarasi Das University and was preparing for competitive exams.

A student of the same university, Arpan Shukla, has been booked for Prashant’s murder. Police sources said Prashant was junior to Arpan in the university.

According to eyewitnesses, four persons were waiting for the youth near the main gate of Alaknanda Apartments on Thursday afternoon and they were accompanied by 6-7 others who stood around 60 m away. As soon as Prashant arrived in a car with his driver and stopped at the gate, the assailants attacked him with knives, said an eyewitness.

Ashok Kumar Soni, a security guard, said, “Around 4 pm, four persons arrived at the gate. They said they have been invited to a birthday party at house No 506 in M block. I rang at the house and was told there is no party there. I again asked them where they wanted to go and they threatened me. Our supervisor came and they started arguing with him.”

“Minutes later, a car from the society came and I opened the gate. As I was closing the gate, a speeding car reached the gate. I asked it to stop and started noting down the number. Before I could understand anything, the four men shouted “yehi hai woh (he is the one)” and took out knives. One of them broke the window and the rear windshield of the car. They then pulled the man out and stabbed him. They fled on bikes. The wounded man ran towards M block. I have been told that he fell in the corridor and died,” Soni said.

The driver of the car said he picked Prashant from Lohia Park and was told to drop him to Alaknanda Apartments by one Alok Kumar. “When I reached here, around 10-15 people were waiting. As soon we came, they pulled Prashant out and stabbed him… They beat me up,” said the driver.

Police said in a statement that on Wednesday night, Prashant had an argument with some people at a restaurant in Safedabad and the murder was a fallout of it.

“We have found that two groups of youth had an altercation at a restaurant last night. This incident is suspected to be a result of it. We are probing it,” DCP (East) Somen Barma said.