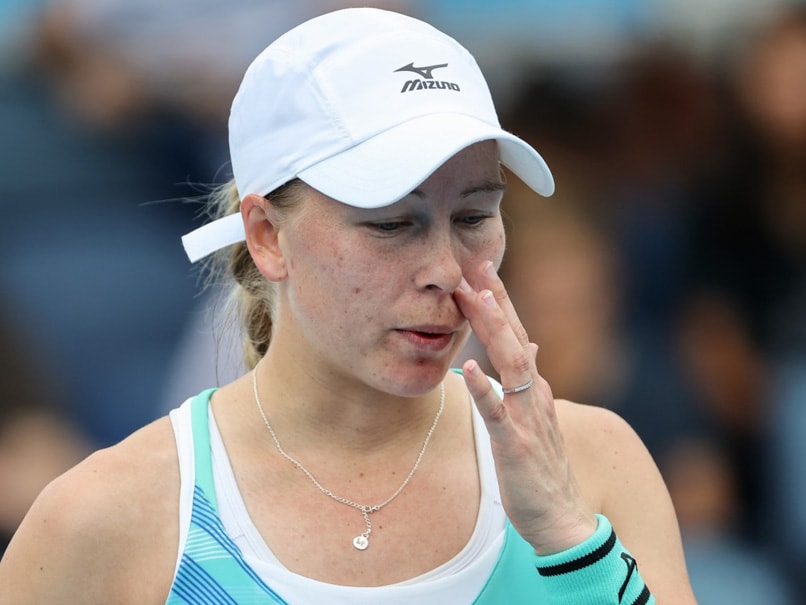 When Johanna Larsson walked off court 22 at Melbourne Park on Monday, she became the first tennis player to lose at this year's Australian Open. The 31-year-old Swedish qualifier lost in 57 minutes - enough time for her to make more than most Australians earn in a year.

The Australian Open is not the world's richest tennis tournament but it rewards its losers like no other. Larsson and 127 other men and women won't progress beyond the first round but each will take home A$90,000 ($61,866) as compensation.

First-round losers in the men's and women's singles events will collectively receive more than A$11 million of the A$71 million on offer at the tournament. The A$90,000 payments are more than the average Australian earns in a year based on Australian Bureau of Statistics data that puts average weekly earnings at A$1,633.80 as of May 2019. In freshly-converted U.S. dollar terms, they're also more than payments to first-round losers at last year's French Open ($51,028), Wimbledon ($58,514) and the U.S. Open ($58,000) events.

In announcing this year's prize pool on Dec. 24, 2019, Australian Open tournament director Craig Tiley said the 20% pay increase for first-round losers was part of an attempt to improve pay and conditions for a deeper pool of players.

"This year, as we do every year, we worked with the tours to establish the weighting for prize money increases round-by-round, and we pushed to reward players competing early in the tournament in both singles and doubles," he said.

Winners of the men's and women's singles events must make do with a less than 1% increase. They are unlikely to complain; both will receive pretax payments of A$4.12 million.

There is little doubt that tennis rewards its champions handsomely. Roger Federer, a six-time winner of the Australian Open, has won more than $129 million over his professional career.

Australia's best player Ashleigh Barty won more than $10 million in 2019 when she finished the year at the top of the women's world rankings. Her November win at the Women's Tennis Association Finals in Shenzhen, China made her $4.42 million - the biggest prize packet ever for a male or female tennis player.

Gender inequality has been addressed at grand slams with Wimbledon becoming the last major to achieve pay-parity in 2007. But the power gap between high- and low-ranked remains.

The decision by tournament organizers to push-ahead with qualifying events -- winners get the last few places in the main draws -- amid smoke haze from Australia's wildfires had many questioning whether top players would be forced to endure similar conditions.

The world's 237th-ranked player on the men's singles tour Liam Broady took to Twitter to question why he and others were required to play tennis outdoors while locals were being encouraged to keep pets inside over air quality fears. "All players need protection not just a select few," he wrote.

Aerosol Can Strikes Back at Shooter