Let It Burn: Indian Restaurant Owners In US Want Justice For George Floyd 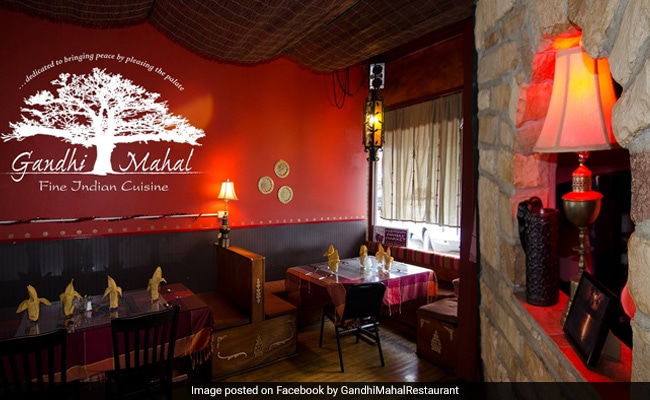 Gandhi Mahal, a restaurant run by Bangladesh immigrants serving Indian cuisine in the US city of Minneapolis, faced the brunt of an angry mob who protested violently against the racially motivated killing of an African-American man by a white policeman.

The restaurant was burned down during protests on Friday, just days after George Floyd died as a white policeman knelt on his neck for over five minutes. "I can't breathe," George Floyd kept saying even as the policeman kept asking him to "get up" before he passed out and had to be taken to a hospital. He died soon after.

Even though Gandhi Mahal burned, the owners were not angry. In a now-viral Facebook post, the owner's daughter Hafsa wrote, "Gandhi Mahal may have felt the flames last night, but our firey drive to help protect and stand with our community will never die!" She followed it with #JusticeForGeorgeFloyd and #BLM which stands for Black Lives Matter - a movement that campaigns against violence and systematic racism towards black people.

Hafsa further said her father, Ruhel, even though upset over their restaurant, stood in solidarity with the protesters. "Let my building burn, justice needs to be served, put those officers in jail," she quotes her father.

Hafsa says their neighbours helped to protect the restaurant and is confident that they will recover. But what won hearts of thousands online was what the owners stood for even at the cost of their restaurant.

"Let my building burn, Justice needs to be served, put those officers in jail." The owner of Gandhi Mahal Restaurant in Minneapolis showing us what allyship looks like. Respect. pic.twitter.com/0B33r1Knt3

"Let my building burn, Justice needs to be served, put those officers in jail." The owner of Gandhi Mahal Restaurant in Minneapolis showing us what allyship looks like. Respect. pic.twitter.com/0B33r1Knt3

Widespread anger and protests engulfed many cities of the United States as Derek Chauvin, who was seen in an explosive video pressing his knee to the neck of a handcuffed George Floyd, was fired but not arrested.

Three of his colleagues who stood there as the torture continued were also fired. On Friday, Chauvin was arrested and charged with third-degree murder.

Hundreds of shops have been damaged and a police station set on fire so far in the protests.