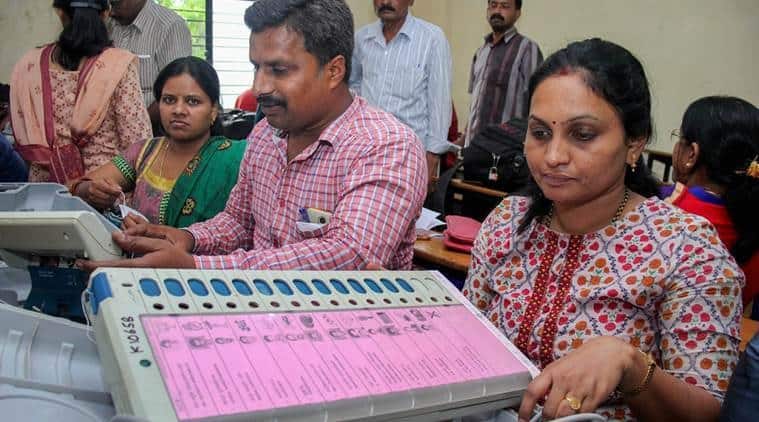 Kharagpur Sadar (West Bengal) Assembly Bye-Election Results 2019 Live: The Trinamool Congress Thursday won the Kharagpur Sadar bye-election for the first time. It dealt a major blow to the BJP, as the seat had been held by its state president Dilip Ghosh till he was elected to the Lok Sabha in May. TMC’s Pradip Sarkar defeated BJP’s Prem Chandra Jha by a margin of 20,811 votes.

TMC chief and West Bengal Chief Minister Mamata Banerjee said the party has won the seat for the first time. She attributed the victory to the panic created by the BJP with the National Register of Citizens (NRC) and unemployment in the state. “It is a victory against BJP’s arrogance and desperation to come to power. We have received votes from Bengalis and non-Bengalis as well,” she said.

“In 21 years since the formation of our party, we never won either Kharagpur Sadar and Kaliaganj seats. I want to thank all the people for this victory. From leaders and workers, all have worked day and night to make this happen. This will only make us humble and work for the people in the days to come,” Mamata said.

The Kharagpur Sadar seat had seen 67.62 per cent voting on Monday as 2.25 lakh voters cast their votes.