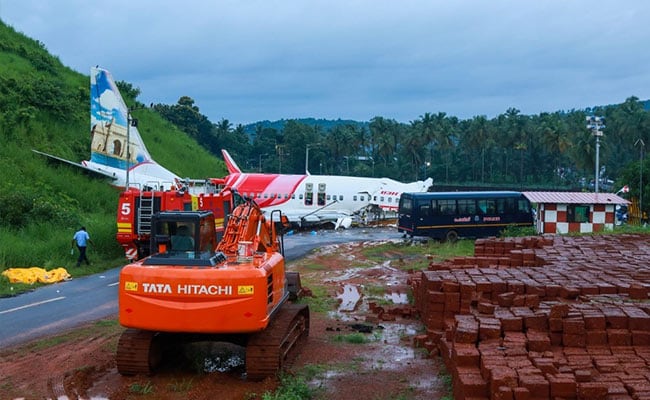 Twenty-two officials who responded to the plane crash in Kerala last week have tested positive for coronavirus, the Malappuram medical officer told. The Air India Express plane came with 184 passengers from Dubai under the centre's Vande Bharat Mission that expatriates Indians stranded abroad amid the COVID-19 pandemic.

"They were quarantined after the rescue operations at the plane crash site ended. Most of them were on location," the district medical officer said. Some 600 people including locals were asked to go into quarantine the very next day by health officials.

"At the airport, I hardly had any direct contact with the officials concerned. However, I have been in self-isolation since I returned to Delhi, primarily because I also visited Munnar, the area affected by landslide and there social distancing was not possible," Mr Muraleedharan told.

The Chief Minister and eight others have gone into self-quarantine. The others include EP Jayarajan, KK Shailaja, VS Sunilkumar, Ramachandran Kadannappalli, AK Saseendran, TP Ramakrishnan, Vishwas Mehta and Loknath Behra. The Local Self Government Minister AC Moideen and Minorities Welfare Minister KT Jaleel were already present in the area.

All on board the crashed aircraft were evacuated after a nearly three-hour operation. Eighteen people including both the pilots died in the crash and more than 150 were injured. All survivors were admitted to various hospitals and were also tested for COVID-19.

Though it was India's worst passenger aircraft accident since 2010, the number of casualties was significantly lower than the one in Mangaluru when another Air India Express flight from Dubai overshot the table-top runway and slid down a hill, killing 158 people. A tabletop runway sits on top of a plateau or hill with one or both ends adjacent to a steep elevation, which drops into a gorge. Such an airport presents a challenging condition for landing.

Kerala is likely to see a sharp rise in COVID-19 cases in August and September with daily infections expected between 10,000 and 20,000, state Health Minister KK Shailaja said today, according to news agency Press Trust of India.

"Experts have opined that during the months of August and September we may witness a surge in COVID-19 cases. We may report between 10,000 to 20,000 cases per day," she said in a video campaign asking people to join the "Covid Brigade" to halt the pandemic spread.