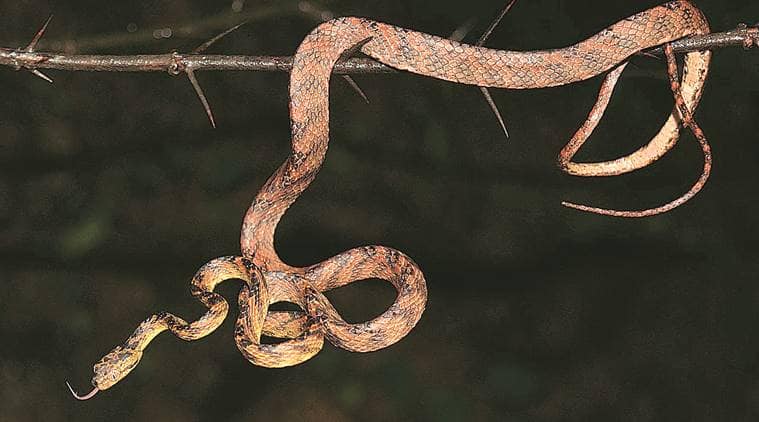 A ten-year-old girl in Kerala’s Wayanad district died after she was bitten by a snake in the classroom of a government school. Shehla Sherin was a Class V student at the Government Sarvajana Vocational Higher Secondary School in Sulthan Bathery town. At the cement-floored classroom where the girl was bitten, students had been leaving their footwear outside. According to a member of the PTA, the building had not been repaired for the last four years.

On Wednesday, Shehla was bitten by the snake at around 3.15 pm. Her father Abdul Azeez reached the school at around 3.40 pm and rushed her to a private hospital, which referred her to a government taluk hospital. However, the taluk hospital merely kept her under observation, and when Shehla’s condition began to deteriorate, she was referred to Government Medical College Hospital in Kozhikode, 83 km away.

As Azeez rushed her towards Kozhikode, Shehla’s condition worsened, forcing the parents to take her to another government taluk hospital en route at Vythiri. This hospital too did not administer Shehla with anti-venom, and the parents took her to another private hospital, where she was declared dead.

Azeez said there was a grave lapse on the part of the school. “My daughter could have been saved if the teachers took a serious note of the snake bite. They did not inform me immediately after the incident. I was told that Shehla’s foot got trapped in a hole in the classroom and she had sustained minor wound.”

As protests broke out over the girl’s death, Chief Minister Pinarayi Vijayan said the incident was very serious and stern action would be taken against the erring. PTI reported that Congress leader and Wayanad MP Rahul Gandhi too raised concerns over the incident, writing to Vijayan that the school’s “crumbling infrastructure” needed urgent attention of the state government.

Subsequently, the Education Department suspended a teacher who failed to take serious note of the snake bite.
Deputy Director of Education (Wayanad) Ibrahim Thonakkara said local residents, students and parents have complained that there was a lapse on the part of teachers. “Students have complained they were entering classrooms without footwear to keep the class clean. We are verifying it. The school will be reopened only after ensuring the safety of students,” he said.

Education Minister Prof C Raveendranath said the school had been already allotted Rs 1 crore a new building.
Meanwhile, Wayanad district medical officer Dr R Renuka said a probe has begun to ascertain why the taluk hospital at Bathery failed to administer anti-venom. A junior doctor at Sulthan Bathery taluk hospital was also suspended for the failure to administer anti-venom to the girl.