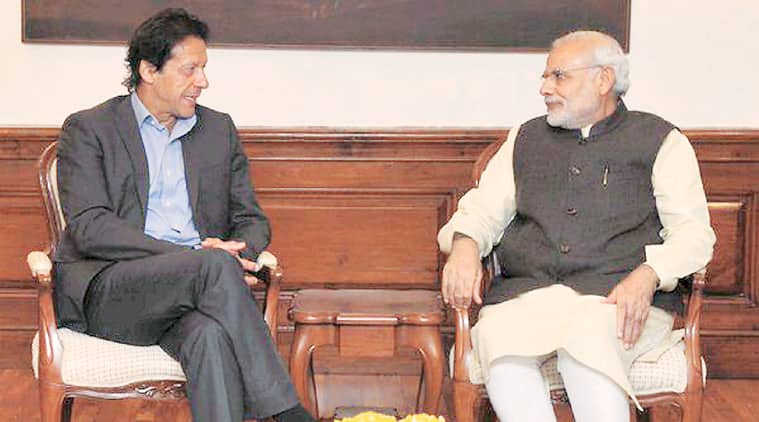 In a fresh initiative, Nepal has invited Prime Minister Narendra Modi, leaders from SAARC countries including Pakistan, China, and other European countries for Sagarmatha Sambaad in April this year.

Nepal Foreign minister Pradeep Kumar Gyawali said Kathmandu is waiting for Prime Minister Modi’s confirmation. The Sambaad (dialogue) is named after the world’s tallest mountain, Sagarmatha (Mt. Everest), which is also a symbol of friendship, he said, adding it will be a “fantastic idea” for all SAARC leaders to be present at the event, fashioned along the lines of the Shangri La Dialogue.

The theme for the first edition of the Sagarmatha Sambaad, scheduled from April 2-4, is ‘Climate Change, Mountains and the Future of Humanity’, Gyawali told a group of visiting Indian reporters. It will be held every two years.

Nepal’s move to host an international dialogue on climate change in April gives a diplomatic opening to India and Pakistan, much before the SCO heads of government summit later this year. With Kathmandu keen to unlock the SAARC process, it remains to be seen whether India and Pakistan decide to join the dialogue at the Prime Minister’s level or send their Environment Ministers.

The main objectives of the first edition of the Sambaad are to forge a common consensus among countries on the impending climate crisis and encourage political leaders to mobilise political will to tackle the menace. It is expected to be attended by Environment ministers, scientists, experts, officials, think tanks from the countries, Gyawali said.

Responding to questions, he said Nepal is “ready and eager” to hand over the position to Pakistan, and expressed hope New Delhi and Islamabad sort out their differences through negotiations. “At least, we should sit on the table, and discuss,” Gyawali said.

The minister also assured India that Nepal will not allow its soil to be used against its neighbours and the Himalayan country will not participate in any great games.

He said SAARC was a common home and identity for all the countries in the region, and that was encouraged by the participation of Foreign Ministers at an informal meeting on the sidelines of the UNGA.

“Nepal strongly believes in regionalism and multilateralism,” he said, adding, “We are optimistic that leaders will be able to revive the SAARC.”

On the issue of dispute over borders in Kalapani, Gyawali said the “baggage” from the past was handed over to the two countries, and now that both countries have strong and visionary leaders, they can resolve it through diplomatic processes.

“Nepal has conveyed its concerns. If India can resolve it’s boundary issues with other countries, why can’t it do with Nepal,” he said, adding “there is no alternative to diplomatic discussions”.

Kathmandu has proposed talks at the level of the foreign secretaries, and expected a meeting soon. “If there is a will, there is a way,” he said.

Braithwaite vows to not wash Barca shirt after Messi embrace

Donald Trump's national security adviser: I have seen no intel of Moscow helping him