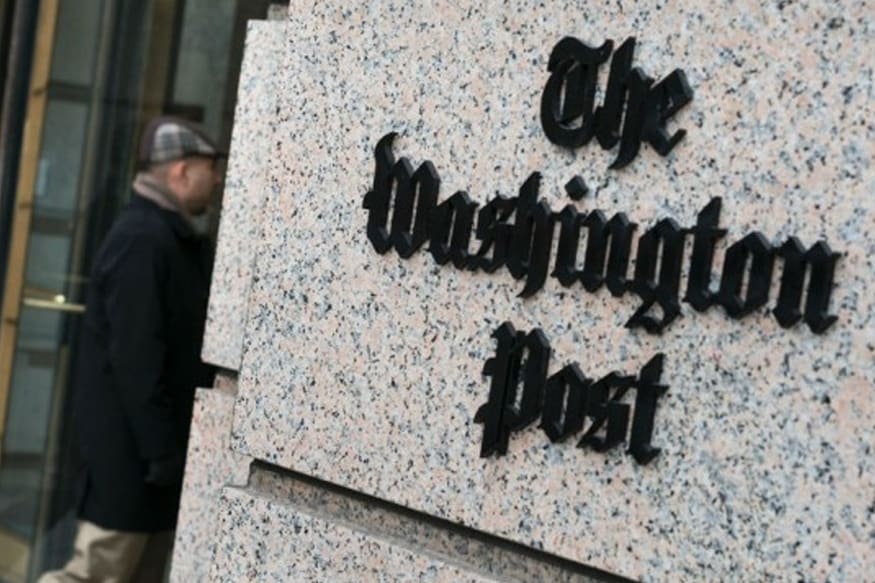 Washington: A group of Kashmiri Pandits staged a demonstration in front of The Washington Post office here on Saturday, protesting against "one-sided coverage" of the recent developments in Jammu and Kashmir.

The newspaper has defended its coverage in Kashmir as "fair, accurate and comprehensive". The demonstration was organised by the Global Kashmiri Pandit Diaspora.

The protesters alleged that the prominent US daily has been giving "one-sided and biased coverage" after the Indian government withdrew Jammu and Kashmir's special status under Article 370 of the Constitution and divided the state into two Union Territories last month.

"Your coverage has not addressed the dejure lawlessness that existed in the State of J&K due to Article 370 accompanied by Article 35A which supposedly granted special status to the State," the Global Kashmiri Pandit Diaspora said in a memorandum submitted to the Washington Post.

Kashmiri Pandits, who had gathered in Washington DC from various parts of the United States, raised slogans in support of Prime Minister Narendra Modi for taking the "bold and historic step".

"Nowhere in the Washington Post media narratives is their mention that in this lawless State the most heinous genocide was committed against the aboriginal people, the Kashmiri Pandits, resulting in their virtual exile, the organiser said.

Across the road where the protest was staged by Kashmiri Pandits, a group of Pakistani Americans, separatist Kashmiri and separatist Khalistani held a silent demonstration in support of The Washington Post.

Some of the pro-Pakistani protesters tried to stop Indian journalists from covering their demonstration, including taking pictures, before the intervention of local police.

Justifying its coverage, Washington Post Foreign Editor Douglas Jehl said, "The Post's coverage of India's actions in Kashmir since the Aug. 5 crackdown has been fair, accurate and comprehensive -- at a time when India has imposed tight restrictions on the flow of information and has severely limited access by our journalists trying to cover this important story."

Meanwhile, a group of US Muslims held a protest demonstration in front of the Indian Embassy in Washington DC.