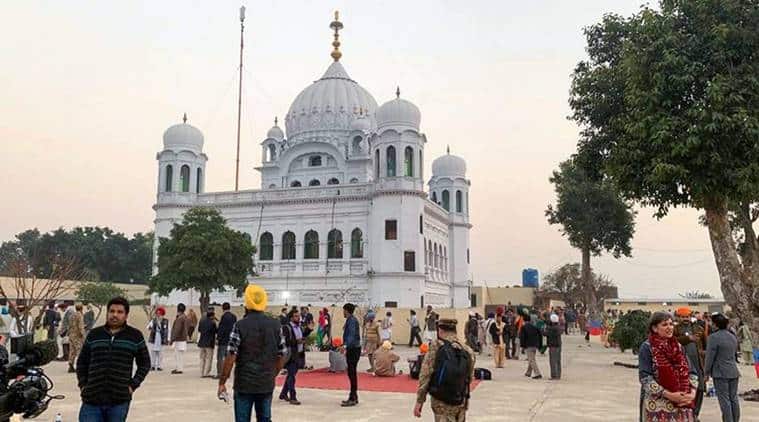 DESPITE THE escalation of hostilities on the Line of Control (LoC), New Delhi Monday said it has conveyed to Islamabad that it is ready to sign a pact on the proposed Kartarpur corridor on October 23 although Pakistan has not waived the $20 fee for each pilgrim from India. India has once again urged Pakistan not to levy this fee.

This move comes a day after the first significant escalation on the LoC since the abrogation of Article 370 in Jammu and Kashmir, with the Army targeting several terrorist launchpads in Pakistan-Occupied Kashmir. India said the action was in retaliation to “unprovoked” firing by Pakistan that left two Indian soldiers and a civilian dead in the border district of Kupwara.

The Ministry of External Affairs said Monday that in view of the long-pending demand of pilgrims to have visa-free access and to operationalise the corridor before the 550th birth anniversary of Guru Nanak on November 12, the government “would be ready to sign the Agreement on Kartarpur Sahib corridor on October 23”.

“It is a matter of disappointment that while an understanding has been reached on most of the elements for facilitating the visit of pilgrims from India, Pakistan continues to insist on levying a service fee of US$20 per pilgrim per visit. Government has consistently urged Pakistan that in deference to the wishes of pilgrims, it should not levy such a fee,” the MEA said in a statement.

“While agreeing to sign the agreement, the Government of Pakistan has been once again urged to reconsider its insistence to levy service fee on pilgrims. India would be ready to amend the agreement accordingly at any time,” the statement said.

The MEA said the government has taken the initiative to put in place state-of-the-art infrastructure and open the corridor so that pilgrims from India and those holding Overseas Citizen of India (OCI) cards can undertake the visit to Kartarpur Sahib.

Last week, MEA spokesperson Raveesh Kumar had said that the corridor is an important “people-to-people” initiative by India to commemorate the birth anniversary.

Delhi’s readiness to sign the pact came a day after Army Chief General Bipin Rawat said the Indian side had “caused severe damage to terrorists’ infrastructure across… Six-10 Pakistani soldiers have been killed, three camps have been destroyed”.

He said that the action followed information that terrorists had arrived at camps in forward areas and that, in the last one month, with Diwali approaching, repeated infiltration attempts had been made. On Sunday, Pakistan had summoned Indian Acting High Commissioner Gaurav Ahluwalia in Islamabad and lodged an official protest.