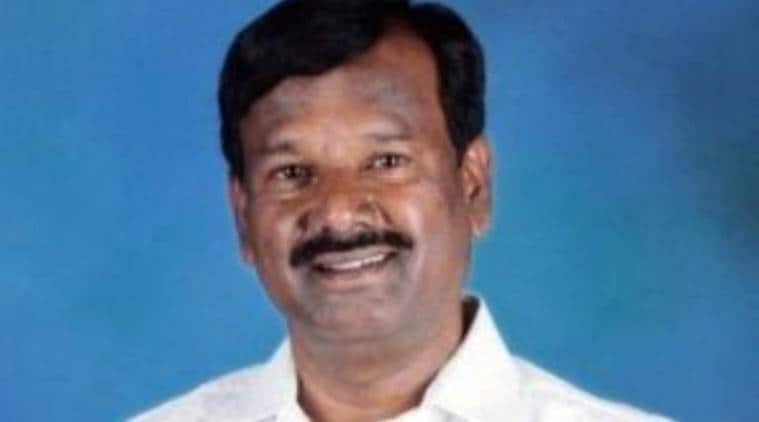 A Dalit BJP MP representing Chitradurga constituency in central Karnataka was on Monday stopped from entering the village of a backward community.

A Narayanaswamy, who represents Chitradurga seat reserved for Scheduled Caste community members, was prevented from entering a hamlet (Gollarahatti) of Kadu Golla tribe at Pemanahalli village in Pavagada region of Tumakur district on the ground that he belongs to the Dalit community, which is considered untouchable by the Kadu Gollas.

A video of the MP’s visit to the Gollarahatti along with a team of social workers for development work, which was aired on local television channels, showed the MP trying to reason with villagers to allow him to enter while some locals insist he cannot enter the hamlet. “The others come for votes, I come to bring you development. Your community has backed me in the elections. I want change and development, not votes,” Narayanaswamy told the villagers.

“Brother, no one from your community comes into the hatti,” a villager told the MP, citing a superstitious belief of defilement of the community if Dalits enter the locality. The MP chose to stay outside the hamlet, despite a section of villagers insisting that he enter the settlement.

“I am pained by the incident. Some people wanted me to enter the hamlet, but I moved away to avert a clash within the community,” Narayanaswamy said.

Local district officials reasoned with leaders of Kadu Golla community, and with the intervention of a seer an invitation was extended to Narayanaswamy to visit the Gollarahatti at the end of the week.

Kadu Gollas are a backward caste community engaged in cattle grazing and shepherding. They were promised inclusion in the list of Scheduled Tribes during the Congress government under then CM Siddaramaiah — with the concurrence of the Union government. The long pending demand of the community has not been fulfilled.

Is THIS The New Earth That We Have Been Searching For All Along? Is Proxima b Our Big Hope?

Pooja Batra recalls how Nawab Shah proposed to her

Viineet Kumar on Betaal: A lot of technical things are involved while performing horror