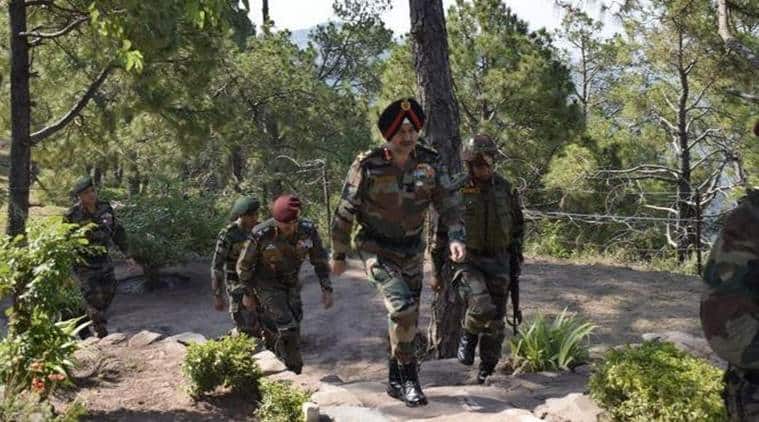 Northern Army Commander Lt General Ranbir Singh on Wednesday visited forward bases along the Line of Control and hinterland posts in Akhnoor and Reasi Sector to review the operational preparedness and the prevalent security situation.

Accompanied by White Knight Corps Commander Lt General Paramjit Singh, he was briefed by the commanders on ground about the current operational situation, prevailing security scenario and the preparedness of the formations in dealing with the same. The Army Commander was also briefed on measures initiated to monitor the intrusions and infiltration bids along the Line of Control, said a defence ministry spokesperson Lt Colonel Devender Anand here.

During the visit to hinterland posts, the Army Commander was briefed on the preparation of the formation for the upcoming Shri Amarnath ji Yatra and measures being instituted in ensuring a safe and conducive environment for the people coming for the pilgrimage through domination of the area by the troops and measures put in place to thwart the nefarious designs of the anti-national elements.

The Northern Army Commander interacted with the soldiers and complimented them for their unwavering dedication to duty, selfless devotion and high standard of professionalism. He was appreciative of the standard operating procedures instituted by the units and formations in their area of responsibility to minimise the casualties due to ceasefire violations and infiltration bids.