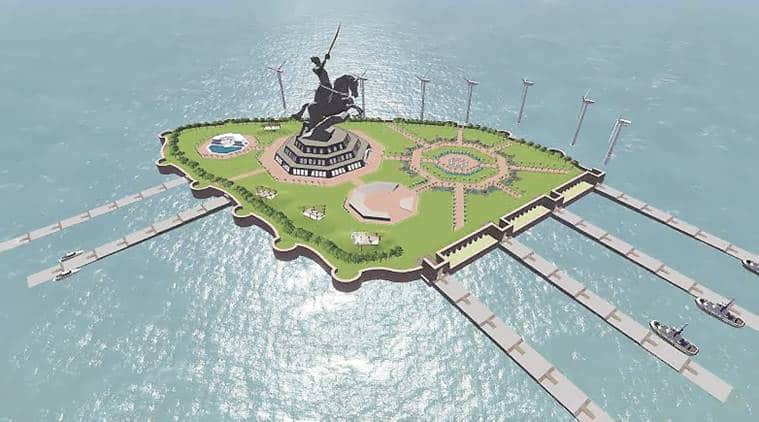 The Maharashtra Public Works Department has sought a special audit by the state Accountants General (AG) into “serious irregularities” in the construction of the Chhatrapati Shivaji Maharaj Memorial project in the Arabian sea.

Information obtained by The Indian Express under the Right to Information Act shows that the Divisional Accounts Officer (DAO) of the Memorial Project division wrote to the office of Principal Accountant General requesting a special audit of the project.

“There are a few serious irregularities that cannot be ignored at any case, as pointed out by the previous Senior Divisional Accounts Officer during the progress of the project,” states the letter, written on February 26 by Adhikari Vikash Kumar, who currently holds additional charge as DAO in the Project Division.

Kumar said that the project has drawn the attention of many after the Supreme Court stay order, court cases and other complications. “With all around complications and conflicts, it has become difficult for me to follow any direction for the project. Therefore, I want to bring it to your attention that the project needs a systematic audit from AG office,” he wrote.

In a note dated July 24, 2018, the then Senior Divisional Accounts Officer of the Memorial Project Division had raised several objections including on the cost reduction in the project from Rs 3,800 crore to Rs 2,500 crore through negotiation with lowest bidder.

Terming the negotiation as “against fair tendering process”, the officer noted that the tender might have been recalled for more competitive rates. “The negotiation has not only violated CVC guidelines of ‘no negotiation in tender’ but also change in specification and conditions of original tender by reducing and alternation in original structure of statue and project as post bidding. Such serious irregular changes and reducing scope of work by reducing the cost of project is not justified and treated as serious irregularity,” the officer had said.

Kumar also mentioned that he was unsure of continuing with the project due to the irregularities saying “there may be a pressure from higher authority to make payment for work done till now as demanded by the contractor and it has created a difficult scenario to for me to differentiate between the right and wrong”.

“The project has so many irregularities that I do not wish to take any responsibility regarding the payment or the progress of the project,” stated his letter.

Subsequently, the Chief Engineer of the Mumbai region of the PWD, referring to Kumar’s letter, wrote to the Principal Accountant General on March 7 requesting “necessary action against the points which are mentioned in the letter by the Accounts Officer”.

Officials from the Accountant General’s office confirmed that it has received a letter requesting the special audit. “The letter has been marked to the audit planning section which will take a call on it,” said an official requesting anonymity.

The Shivaji memorial as proposed — 212 m in height, including a 123.2-m equestrian statue standing atop an 88.8-m pedestal — is a flagship project of the BJP-led state government. Currently, work has been stalled after the PWD, in January, asked the contractor to stop work days after the Supreme Court, while hearing a special leave petition on January 11, orally asked the state not to proceed with the construction of the statue.