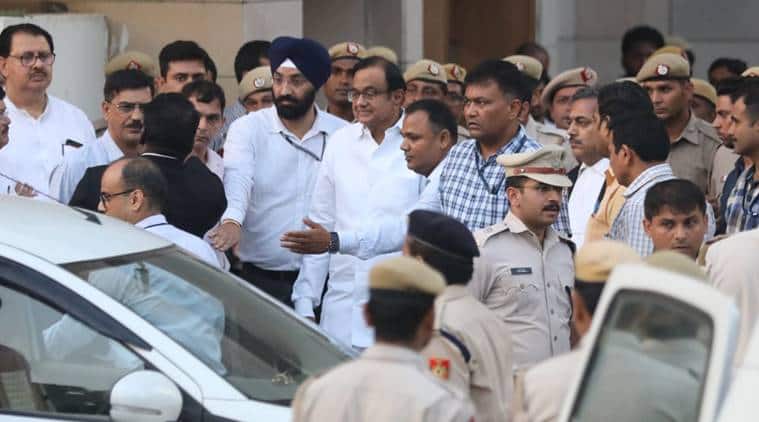 P Chidambaram arrested LIVE Updates: A Supreme Court bench comprising Justices R Banumathi and AS Bopanna will hear former finance minister P Chidambaram’s petition today challenging the Delhi High Court order that denied him anticipatory bail. Chidambaram had moved the apex court for the bail, in two cases of alleged corruption and money laundering linked to INX Media, which is being pursued by the CBI and ED.

Meanwhile, a Delhi special court on Thursday remanded the senior Congress leader in CBI custody till August 26 after his arrest on Wednesday night amid high-drama as CBI personnel scaled the boundary walls of his Jor Bagh residence. The court observed that the allegations against the former Union Minister are “serious in nature” for which a “detailed and in-depth investigation is required.”

Chidambaram who was produced before Special Judge Ajay Kumar Kuhar yesterday, where his advocates opposed the CBI plea on the ground that all the other accused, including his son Karti, had already been granted bail in the case. Clad in a white ‘mundu’ paired with a full-sleeve white shirt during his submission in the court yesterday, he said that on June 6, 2018, when he was called by the agency for questioning for the first time and he had answered all the questions put before him. “On June 6, 2018, please ask for the transcript.. there is no question which has not been answered,” he told the court.

A day after Chidambaram was remanded in CBI custody till August 26, his petition for anticipatory bail will be heard today in the Supreme Court. Follow this space for the latest updates: