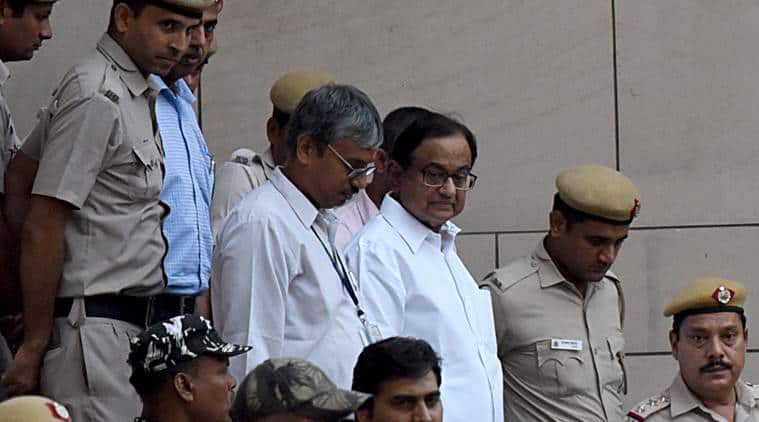 A Delhi court on Monday reserved its order on the Enforcement Directorate’s plea seeking to arrest and question former Union minister P Chidambaram in the INX Media money-laundering case.

Mehta told the court, “There is a finding by the Supreme Court that custodial interrogation (of Chidambaram) is necessary.” He had argued that money-laundering was a separate offence and it was ED’s statutory right to investigate the allegations against Chidambaram.

Chidambaram’s counsel, senior advocate Kapil Sibal, strongly protested the the plea. He argued that the CBI had already got Chidambaram’s custodial interrogation, and the offence may be different but it was part of the same transaction. “There cannot be a remand after the 15-day period is over.The occurrence is not different, it is the same. Here the case is exactly the same.”

As Sibal was arguing, Chidambaram told his lawyers, “If the predicate offence falls, then this offence falls.” This was reiterated by Sibal.

In May 2017, the CBI had registered an FIR alleging irregularities in the Foreign Investment Promotion Board clearance granted to INX Media group for receiving overseas funds of Rs 305 crore in 2007 when Chidambaram was finance minister. The ED later lodged a money-laundering case in the matter. Under the statute that governs the agency, the ED cannot initiate a money-laundering probe against anyone unless an FIR has been registered by another agency or state police on charges with financial implications.

Sibal also brought to the judge’s notice his previous order in which he did not allow Chidambaram’s plea to surrender in the ED case noting “the applicant has not been arrested nor this court has taken cognizance of any offence or any complaint or chargesheet”.

“When you pass that order for producing him here, that affects my right under Article 21. You should have issued notice to us. We could have argued that day,” Sibal said.

Mehta said that Sibal’s arguments were “fallacious and untenable”. He submitted that the material collected by the ED was different from that collected by the CBI, and after having formed an opinion based on material in their possession, they sought Chidambaram’s custody.