Internet Curb In Kashmir Will Be Lifted At 'Appropriate Time': Amit Shah 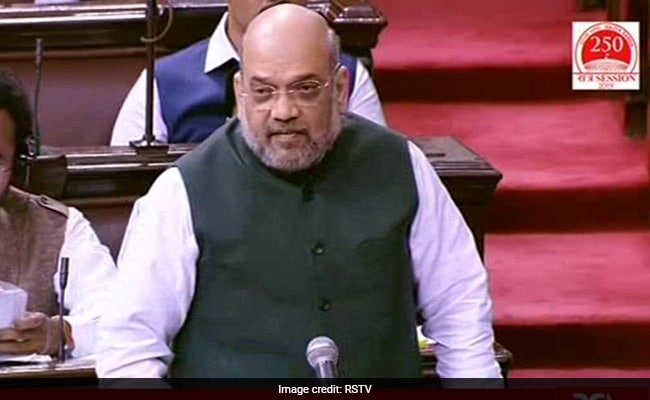 A decision on resuming internet services  in Kashmir will be taken when the "local administration is convinced",  Union Home Minister Amit Shah said in parliament today, adding that no person has died in Jammu and Kashmir due to in police firing since August 5 when the government made the big announcement of ending Jammu and Kashmir's special status."A decision on resuming internet in Kashmir will be taken when local administration is convinced. There are activities by the neighbor country too in Kashmir region. So keeping security in mind, whenever the local authority deems it fit, a decision will be taken." Mr Shah said in the Rajya Sabha.

"We heard leaders saying that there would be blood bath on the streets of Srinagar but nothing of this sort happened. I am happy that not one person has died due to police firing," the Home Minister said. He also said the number of incidents of stone-throwing has come down from 805 to 544.

Telephone and internet services were suspended and public movements restricted in many parts of Jammu and Kashmir hours before the centre announced its Article 370 move. Postpaid mobile phone connections and landline services have been restored.

Massive security restrictions were imposed in Jammu and the centre took measures that included arresting politicians and posting extra troops to prevent any backlash.

"All newspapers and TV channels functioning in Kashmir. There is no decline in circulation of newspapers," Mr Shah said.

On the concerns of apple growers in the valley after the targeted killings of transporters by terrorists, Mr Shah said, "Over 22 lakh metric tonnes apples have already been transferred out of the region. Transportation is smooth. The farmers have been provided additional help. 93,247 landlines have opened up. All 59 lakh mobiles are working."