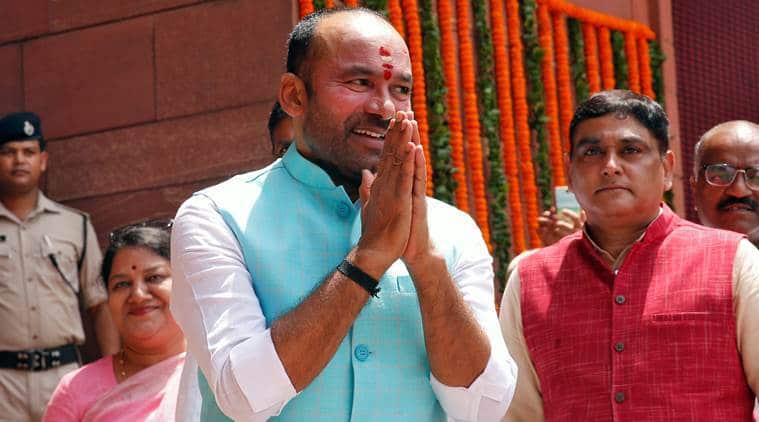 With the Kerala government declaring that it will not participate in the National Population Register (NPR) exercise slated to begin on April 1, the Centre has said that it will sensitise states to the fact that information being sought in the NPR is voluntary.

Minister of State for Home G Kishan Reddy on Tuesday said states did not have the legal right to refuse NPR. “States are constitutionally obliged to implement the census and NPR. There should be no objection to it. We will sensitise states on NPR. All information being sought is voluntary,” Reddy said.

While many opposition-ruled states have said they will not participate in NPR, Kerala has officially declared the same. On Monday it issued an official statement to that effect.

“As the NPR is a process that leads to the NRC, there is a sense of fear among the people. If the NPR and NRC are implemented in Kerala, it will lead to widespread anarchy. That is the experience of the state where the NRC was implemented,” said a statement released by the Chief Minister’s Office (CMO).

The West Bengal and Punjab governments too have expressed their displeasure with NPR. In a recently-held meeting of chief Secretaries on NPR on Friday in Delhi, West Bengal was the only state that did not send its representative.

Legally, states cannot refuse to participate in the NPR exercise as it comes under The Citizenship Act, 1955, which is a Central law and comes under the Union list. However, since states provide all the manpower for Census enumeration, states can put roadblocks, and it would be almost impossible to conduct any census without cooperation of the states.

Meanwhile, the Punjab Assembly has passed a resolution to not accept NPR in its current form, and has sought to change questions in the 2020 NPR form.

As far as the information being sought under NPR being voluntary is concerned, there is no clarity within the government. While both Home Minister Amit Shah and his deputies in the ministry have repeatedly said that information is voluntary, under the rules that govern NPR, there is punishment stipulated for either refusing to divulge information or willfully providing wrong information.

Census officials with the Registrar General of India, however, say this rule for punishment is rarely invoked. “In so many census exercises, people are unable to provide many details. We do not go on penalising them. In any case, we do not go verifying details provided to us during NPR updation. That is why it is called voluntary,” an official said.