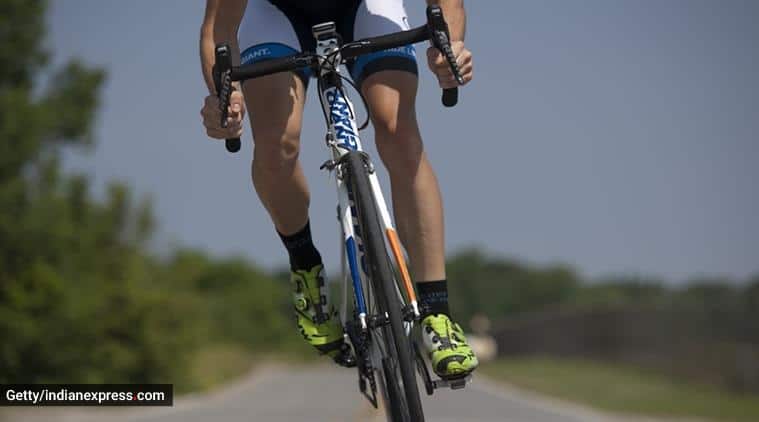 In normal RAAM cyclists are up against elements as they ride across the United States: desert heat, cold mountain passes, unpredictable winds. (Source: Getty Images/Thinkstock)

For Lt Col Bharat Pannu, celebration after pedalling over 4,000 km on an indoor trainer to complete the Race Across America (RAAM) meant sleeping once again like normal people.

In cycling circles, RAAM is considered to be one of the toughest races. The coronavirus outbreak this year forced the organisers to hold it `virtually’, where cyclists from across the world competed against each other on indoor trainers.

Unlike the more famous Tour de France which unfolds in stages, the clock is always ticking in RAAM, and a cyclist has to ration the sleep hours to finish the race in the allotted time.

In normal RAAM cyclists are up against elements as they ride across the United States: desert heat, cold mountain passes, unpredictable winds.

In virtual race, these were missing, but there were many other challenges, and the lack of experience of cycling for long hours indoors made it more difficult, said Col Pannu who finished the race on Sunday evening, after 12 days.

“In outdoor, you tend to swing your body more by coming out of the seat often. No such luxuries are available indoors because the cycle frame is mounted on a stand,” he told PTI while driving back to his base of Army aviation wing in Bengaluru from Pune where he raced.

`Team Pannu’ (every cyclist in RAAM has a support team) initially could not get his nutrition right. He was supposed to consume 250-300 calories in liquid form per hour, but on the third day, they realized that Col Pannu had lost 4 kgs, which meant he was losing calories faster than he was consuming.

It forced them to double his intake to 450-500 calories per hour by including solid food.

“Our trainer set-up was in the drawing-room, and I was continuously wolfing down omelets, daliya and khichdi prepared in the kitchen next door,” he said, thanking his seven-member crew who slept for only five hours a day.

In the room where he raced, there were five screens including one showing simulated race route, fans to keep him cool and cameras to record his movements round the clock.

During the 12 days of racing, he was completely disconnected from the outside world. It was only after finishing the race that he learnt about 20 Indian soldiers dying in eastern Ladakh during a clash with Chinese troops.

As per the RAAM leaderboard, Col Pannu stood fourth among 22 riders. Before him, only three Indian riders had finished the race in its over three-decade history.

Col Pannu had planned to participate in the last year’s RAAM, but he suffered a fracture during a practice ride in the US before the race and had to drop out.

“This success is unbelievable and I owe it to my dedicated team which has been with me for four years,” Col Pannu, who also raised money for underprivileged children through the race, said.

With the “vacation” over, he will be joining duty from Friday. The immediate priority, he says, is to recover from exhaustion.